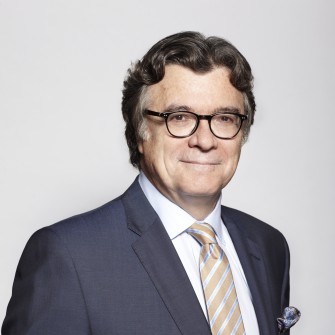 William Hart practices in the area of corporate and commercial law in the Montréal office of Langlois Lawyers. He is head of the firm’s France-Québec practice group, an experienced team that provides business solutions adapted to the needs of French companies seeking to establish themselves in Quebec.

His background in management and his experience as Senior Vice President, General Counsel and Secretary of a large Quebec-based public company for several years allow him to better understand and advise large clients, including several well-known French companies.

William has a diversified practice with a concentration in mergers and acquisitions. He also works regularly in the area of compensation agreements for senior executives in change-of-control situations, and in this regard has been involved in some of the most important acquisitions over the last few years in Quebec.

These areas of practice have also allowed William to develop a deep understanding of corporate governance issues, on which he regularly advises his clients.

2020 − « Doing Business in Quebec, opening a door into North America : The Law in Quebec and the Business Lawyer’s Role – Conference presented to  French companies seeking to Establish Themselves in Canada », with Guillaume François Larouche, National Bank Financial, Montréal

2006 – “Selling and Distributing Products and Services in Canada” (Ubifrance Conference on NAFTA, Paris).

2005 – “NAFTA – A few observations and comments ten years later (Forum on French investments in Canada organized by the Canadian Embassy and the Quebec Delegation in Paris)”.

2004 – “Remuneration of CEO and Members of Board of Directors” (Federated Press).

Since 2018 – Chairman of the Board of Directors of CIC Capital Canada Inc. and CIC Capital Ventures Inc. (subsidiaries of the French-based Crédit Mutuel Equity)

Since 2018 – Member of the East Montreal Chamber of Commerce (CCEM)

2004-2007 – Member of the Executive Committee of the Union of French Chambers of Commerce and Industry Abroad (UCCIFE), Paris, France