Home > Medias > News > William D. Hart appointed as Honorary Chairman of the Board of Directors of the French Chamber of Commerce and Industry in Canada

William D. Hart appointed as Honorary Chairman of the Board of Directors of the French Chamber of Commerce and Industry in Canada

On June 15, at its General Meeting, the French Chamber of Commerce and Industry in Canada (CCIFC) appointed William D. Hart, a partner at Langlois Lawyers, as Honorary Chairman and Honorary Member of the Board of Directors. This appointment recognizes his years of active and dedicated service to the CCIFC, during which time he has served as Chairman of the Board, Director and as a committed member of its various committees.

The CCIFC Board of Directors is made up of senior executives from both French and Canadian companies. Its leadership reflects the diversity of industry sectors and sizes of companies present on its roster. Click here to learn more about the composition of the Board of Directors and the Executive Committee.

William Hart practices corporate and commercial law and advises European companies engaged in the process of setting up and/or acquiring companies in Canada. In addition, Mr. Hart is the head of the firm’s France-Canada practice group, in which a team of lawyers offers integrated solutions to assist French companies seeking to establish themselves or do business in Quebec. Mr. Hart is also Chairman of the Board of CIC Capital Canada Inc. and CIC Capital Ventures Inc., two Canadian subsidiaries of the French bank Crédit Mutuel Equity. A graduate of the Grande Ecole program at the ESSEC Business School in Paris, Mr. Hart also holds LL.B. and B.C.L. law degrees from McGill University.

Founded in 1886, the CCIFC is one of the most important members of an international network that includes 124 French chambers in 95 countries. With its headquarters in Montreal, offices elsewhere in the country and some 300 member companies and 1,500 individual members, the CCIFC is the leading Franco-Canadian business network and a major player in business relations between France and Canada. 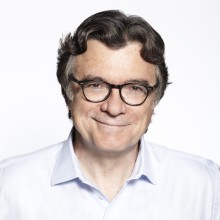