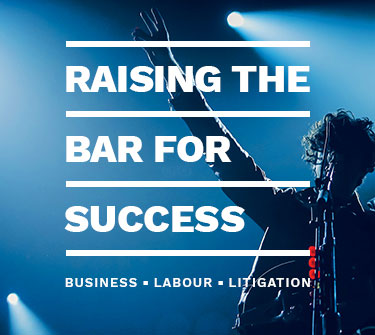 We are pleased to welcome new partner and accredited mediator, Christiane Brizard, to the Langlois lawyers Montréal office. Christiane practices mainly in the area of governance, ethics and professional law.

Langlois lawyers is pleased to announce the appointment of four new partners. In Montréal, Daniel Baum, Sandra Desjardins and Jessica Syms are part of the Civil and Commercial Litigation team and Vincent Tremblay practices Business Law from our Quebec City office.

The Firm Welcomes a New Partner

We are pleased to welcome Laurence Gauthier, a partner in the Montréal office. Laurence joins the insurance law group and her practice focuses on civil litigation, insurance law and professional liability.

The Coronavirus Case: Preparing for the Worst While Hoping for the Best

Since its appearance in December 2019, the media has been reporting daily on developments regarding the new coronavirus that has developed in the city of Wuhan in China. On January 27, 2020, the first case of contamination in Canada was confirmed. The World Health Organization is following developments closely, as are public health authorities in Canada. While there is no reason to panic, employers have a vested interest in preparing for an unusual situation. Although this may not necessarily be the case at this time, experts agree that the risks of a possible pandemic are very real. The following are a few thoughts to help Quebec and Canadian companies prepare for the oncoming storm.

The Superior Court recently rendered a very relevant decision in Mazars Harel Drouin S.E.N.C.R.L. v. Plourde with respect to the interpretation and validity of a non-solicitation clause and of a penal clause included in a contract of partnership, and with respect to abuse of legal process. This decision namely clarifies the angle of analysis for restrictive covenants incorporated in contracts of partnership whereas until then there had been few instructive decisions on the matter.

Criminal Negligence of an Employer: Imposition of a Severe and Onerous Penalty

Jean Patrick Dallaire and Eric Thibaudeau, two partners specializing in construction law, will deliver two presentations at the annual conference of the Corporation of General Contractors of Québec (CEGQ), taking place from February 19 to 21 in Gatineau. Langlois lawyers is a partner of this event, which brings together 400 members of the building construction industry.

Next February 24th, Jean-François De Rico, partner and lawyer, will speak at a conference on intellectual property rights with regards to architecture. He will moderate discussion panels during the morning session of the conference organized by the Association of Architects in Private Practice of Quebec, presented in Montréal and over a live webcast.

On February 18th, the Tax and Financial Planning Association (APFF), a reference when it comes to taxation in Quebec, will hold a workshop on trusts in Quebec City. Lawyer in Tax Litigation, Maxime Chouinard, will be presenting a paper entitled “Contamination with respect to paragraph 75(2) L.I.R., what are the implications?” (presented in French only).