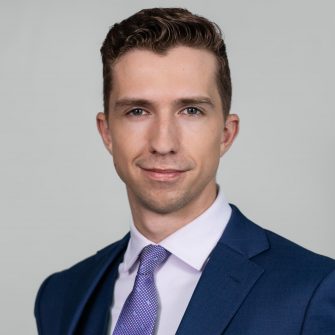 William Bourgault is a lawyer at Langlois Lawyers’ office in Québec City. He mainly practises in the area of civil and commercial litigation.

He also had the opportunity to work as a student and paralegal before joining Langlois Lawyers.