The Competition Bureau (the “Bureau”) seeks to promote the advantages of competition and innovation for Canadian consumers and businesses. As part of its advocacy role, the Bureau assesses the impact of laws, regulations and policies on competition.

The Bureau’s advocacy publications are often made at the behest of consumers and businesses, who believe that certain policy changes should be made to increase competition. In addition to potentially influencing policymakers, the Bureau’s advocacy work provides valuable insight into the legal issues faced by business operating in regulated-industries.

The Bureau has published papers relating, among others, to taxi permits, internet service providers and food trucks. On July 26, 2018, the Bureau issued its latest publication regarding competition in the online eyewear industry, entitled Bringing Competition into Focus1. The burgeoning online eyewear industry and the litigation it has spawned in Québec and Ontario illustrates the potential conflicts between regulated industries and the new market players disrupting them.

A. The Current Regulations in the Online Eyewear Market

While most Canadians still purchase their eyeglasses or contact lenses at eyeglasses in-store, often with an optician, the last few years have seen a surge in online eyewear purchases. As in many industries, the convenience and ease of online shopping has begun to change the way people buy eyewear.

Regulations restricting the practice of optometry could, however, present obstacles for online sales. These rules are mainly found in the constituent acts of professional corporations, whose objective is to ensure the protection of the public interest2.

In Ontario, dispensing eyewear is a controlled act which can only be performed by authorized individuals, in accordance to the Regulated Health Professions Act, the Optometry Act, and the Opticianry Act

Essilor, on the other hand, submitted that the application is part of an effort by the Colleges to secure a competitive advantage. For Essilor, the application was meant to curtail online sales which compete with traditional retail channels controlled by optometrists and opticians, creating a “professional monopoly”.

The Superior Court of Ontario granted the application, finding that eyeglasses and contact lenses must to be dispensed with the proper involvement of a licensed optometrist or optician. The court’s rationale is based on the idea that to “dispense” eyewear encompasses more than solely its sale. Rather, it is comprised several acts, such as preparing, supplying, interpreting prescriptions, adjusting, and fitting devices to the face and eyes of individuals, etc.4 Thus, online retailers, such as Essilor, that fill prescriptions and deliver eyewear are performing the act of dispensing these products, contrary to which is contrary to the applicable legislation.

In Quebec, the Optometry Act (the “Act”) states that, aside from those expressly authorized under the Act, no person may practice optometry, which “deals with vision and is related to examination or functional analysis of the eyes and assessment of visual disorders, as well as orthoptics, prescription, fitting, adjustment, sale and replacement of ophthalmic lenses”.5 The practice of a dispensing optician, on the other hand, is comprised of “every act which has as its object the fitting, adjusting, replacement, or sale of any ophthalmic lens”.6 These restricted acts may only be performed by dispensing opticians7.

This issue also gave rise to litigation in Quebec. However the controlled act that was reproached was the sale of the eyewear rather than solely the delivery of eyewear products. In Ordre des optometrists du Québec c. Coastal Contacts Inc.,8 the Court of Appeal of Quebec found that the only part of the sale of eyewear that was done in Quebec was the delivery, while the main elements of the sale by Coastal Contacts Inc. was performed in British Colombia. While the Optometry Act of Quebec provides that the sale of lenses is a controlled act, the sole delivery of these products in Quebec did not constitute a violation of this law in the view of the court.

A wide interpretation of regulation restraining certain acts is a decrease in competition, which, according to the Bureau negatively affects consumers and retailers. The Bureau notes that the advent of on-line sales in the field of eyewear has allowed for easier purchases for the consumer, lower costs, greater choices, and the option for home-delivery9. Furthermore, the Bureau asserts that internet sales of medical devices allow for consumers in rural or isolated areas to purchase products in a convenient way, and to have a wide variety of choices, which were previously out of their reach. It adds that a healthy level of competition in an industry is fuel for further product improvement and higher standards of quality.

According to the Bureau, these considerations should be factored in when policy-makers examine the opportunity to restrict the persons allowed to dispense medical products. As such, “regulation should only be used where market forces will not achieve public policy objectives, and even then, only to the extent necessary”.10 It is clear to the Bureau that certain acts should be performed only by licensed professionals. However, it adds that policy-makers should keep in mind that the involvement of licensed professionals may not be necessary for all steps relative to the dispensing of eyewear.

It will be interesting to see how the provincial governments will react to the public recommendation made by the Bureau and if legislative amendments will be brought to increase the competition in the eyewear industry. One thing is certain: it will provide useful ammunition to the proponents of a more open market. 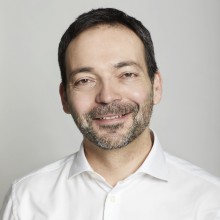