The Superior Court recently rendered a very relevant decision in Mazars Harel Drouin S.E.N.C.R.L. v. Plourde1 with respect to the interpretation and validity of a non-solicitation clause and of a penal clause included in a contract of partnership, and with respect to abuse of legal process. This decision namely clarifies the angle of analysis for restrictive covenants incorporated in contracts of partnership whereas until then there had been few instructive decisions on the matter.

In this case, an important firm of chartered professional accountants (the “Plaintiff”) had taken legal action against one of its former partners (the “Defendant”) and the consulting firm newly created by the latter (collectively the “Defendants”), alleging non-compliance with a non-solicitation clause contained in the contract of partnership which the Plaintiff had entered into when he joined the firm.

In the context of this lawsuit, the Plaintiff alleged that the Defendants had solicited six of its clients and claimed the sum of $300,000 from the Defendants as liquidated damages under a penal clause which provided a sum of $50,000 per offence.

The evidence showed that the six clients in question, which incidentally generated only nominal fees for the Plaintiff, had decided to leave either because they were dissatisfied with the services provided by the Plaintiff or because they preferred to continue working with the Defendant and his new firm. Each of them had, moreover, confirmed by means of a signed letter addressed to the Plaintiff that their decision to entrust their affairs to the Defendants in the future was not the result of any solicitation on the part of the Defendant.

Nevertheless, the Plaintiff took legal action against the Defendants which replied with a counterclaim alleging that the Plaintiff had acted in an abusive manner towards the Defendant and had committed an abuse of legal process in connection with an action bound to fail. In this regard, the Defendants namely asked for the reimbursement of extrajudicial fees of more than $100,000.

The decision of the Superior Court

The legal action for illegal solicitation of clients

In light of the evidence, the Superior Court first found that the contract of partnership constituted an adhesion contract for the Defendant2. The Court then decided whether the validity of the non-solicitation clause should be analyzed from the perspective of the principles of employment contracts or those applicable to a business context.

The Court thus widened the application of the principles of employment law to any contract which main object is a job enabling the signatory to earn a living3. It explained that the “important distinction to make is not whether one is in a closed and strict employer-employee relationship, but whether if one is in a relationship which limits or seriously harms the individual freedom to exercise a remunerative activity” [our translation]4.

In this case, the Plaintiff alleged that the clause should rather be analyzed according to the criteria applicable to the sale of the business. The Court clarified, however, that in this case, the firm’s relationship with the partner was much more like that between an employer and its employee than that specific to a sale of business between a seller and its buyer, where the one obliging himself obtains a significant pecuniary advantage upon signing a contract containing a trade-restrictive clause5.

Following its analysis, the Court declared the invalidity of the non-solicitation clause contained in the contract of partnership in accordance with article 2089 of the Civil Code of Quebec, considering that its duration of five years was unreasonable in itself and that the clause excessively limited the Defendant’s right to freely exercise his profession6.

The Superior Court also stated that the penal clause appeared unfair and unreasonable on its face because of the duration and the amount at stake. The amount of $50,000 per breach of the non-solicitation clause had nothing to do with the Plaintiff’s actual loss. Considering that this clause was incorporated in an adhesion contract, the Court declared it null and unenforceable7.

Furthermore, the Court concluded that, even if the non-solicitation clause had been valid, there would have been no violation of this clause by the Defendants since no action of such nature had been proven8. The six allegedly solicited clients had all testified before the Court that they had not been solicited by the Defendants. The Plaintiff’s legal action was therefore dismissed.

The counterclaim for abuse

The Superior Court first held that all the acts and gestures of the Plaintiff in the context of the negotiations preceding the institution of proceedings did not constitute a civil fault9. However, it concluded that the Plaintiff could not conscientiously and fairly prosecute the Defendant on the basis of such a weak non-solicitation clause and such weak evidence10.

The Court noted the non-compliance with the principle of proportionality in this case where a legal action was instituted for a sum of $300,000 to protect interests that were worth only $1,500 per year11. The Court concluded that the Plaintiff clearly knew that taking such an action would destabilize the Defendant, cause him significant stress and cost him a great deal of money12. In the eyes of the Court, this blameworthy conduct thus constituted an abuse of legal process13.

The Court therefore allowed part of the Defendants’ counterclaim regarding the abuse of legal process and ordered the Plaintiff to pay him $50,000 as partial reimbursement for his legal fees14.

Lessons to be learned from this decision

This recent and very interesting decision teaches us that the criteria applicable to restrictive employment clauses must also find application in the context of any relationship where such clauses have the effect of seriously limiting a person’s right to work freely and earn a living. In light of this decision, all professional corporations should review and take these criteria into account when drafting the restrictive covenants contained in their contract of partnership in order to avoid them being potentially invalidated in court.

This decision also reminds us, with respect to actual damages, that a penal clause contained in an adhesion contract and which is judged abusive could be declared null and unenforceable.

Moreover, it is clear from this decision that before instituting any procedure for the breach of a restrictive covenant, it is essential to ensure that the clause in question is indeed valid and applicable and to have evidence of the alleged violation. In addition, the any legal action must respect the principle of proportionality. Otherwise, the careless plaintiff may be found to be abusive and be ordered to compensate the defendant for his legal fees, as in this case.

Marianne Plamondon and Geneviève Plante would like to thank Alexandra Dorval, Student-at-Law, for her contribution to this article. 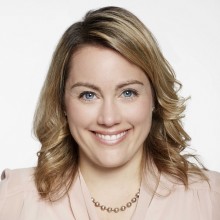 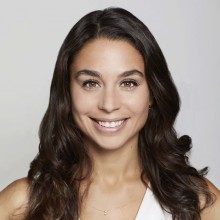