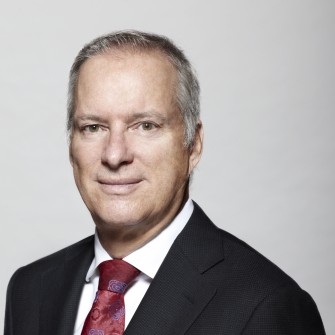 André Sasseville has practiced labour and employment law since the beginning of his career. During his many years of practice, he has acted as strategic advisor and spokesperson for a wide variety of employers in negotiating collective agreements and resolving labour disputes. He is an acknowledged expert in crisis management.

He represents clients on a regular basis before specialized labour tribunals and civil law courts, including in class action matters.

André routinely advises businesses on the interpretation of collective agreements and on how to implement changes in human-resources management, including collective layoffs and technological changes. He has extensive experience representing employers before provincial and federal labour relations boards in unionization and union raiding matters, among others.

In cooperation with his network of Quebec, Canadian and North American law practitioners, André is often called upon to advise foreign businesses on transfers, acquisitions and sales of businesses with large numbers of employees. In this regard, he has developed special expertise in the negotiation of facilitating conditions for executives (golden parachutes, bonus plans, etc.) and in designing prevention strategies.

Businesses regularly consult André regarding the negotiation and drafting of employment agreements for their executives, including the development of incentive programs, bonus plans, stock option programs, and supplementary pension plans.

André has appeared on many occasions before all levels of the civil courts, and is thus familiar not only with their official procedures but with their practices and idiosyncrasies. He has taken on many hundreds of cases involving employment practices, pension plans, fiduciary duties and directors’ liability.

André is a certified mediator, and has developed and implemented effective conflict prevention and resolution methods, particularly with respect to interpersonal conflicts and psychological harassment in the workplace. He is a member of a select group of mediators that use “partnering” to resolve conflicts affecting groups of employees. With many years of experience as a lecturer and training instructor, he offers clients made-to-measure business training programs on subjects specific to human resources management, conflict prevention, and labour relations.

In his practice, André advises and represents his clients from a strategic perspective oriented towards resolving disputes and misunderstandings efficiently and advantageously. His extensive experience enables him to act effectively in urgent situations and in cases of critical importance for the organization.

Two years of study toward a master’s degree in social and labour law, 1979

Université McGill
Successfully represented McGill University in the Amoriggi v. McGill University et al., 2017 QCCS 5621, conf. by 2019 QCCA 960, which was concerned with the right of an employer to dismiss an employee whose performance has fallen below the eligibility standards expected for their position.

City of Laval
Since May 2013 André has been advising the City of Laval and its interim commissioners on the employment relationship with certain of its officers whose conduct has come under scrutiny during the hearings of the Charbonneau Commission into corruption in Quebec’s construction industry. He has since been advising the City in connection with various sensitive files concerning City employees and on the adoption of policies to detect and prevent corruption.

Order of Chartered Professional Accountants
Since 2014 he has provided training sessions on human resources management and labour law in connection with the continuing professional education program of the CPA.

Couche-Tard
In 2012 and 2013 André represented convenience-store owner Couche-Tard regarding complaints filed by CSN-affiliated unions in connection with a union organizing drive and allegedly related store-closings.

L’Allier Committee
In 2009 and 2010 André served on the L’Allier Committee, which was created by the Quebec Minister of Culture, Communications and the Status of Women to determine whether a consensus could be achieved for the purpose of proposing amendments to legislation affecting the status of artists.

City of Montréal
In 2007, André was retained as counsel for one of the boroughs of the City of Montréal in the mediation/arbitration of the first agreement on local conditions in respect of the matters referred to in Section 49 of the City’s charter.

Société de Transport de la Communauté Urbaine de Québec
In 2003, André was hired by the S.T.C.U.Q. (now the R.T.C.) regarding a management grievance for the recovery of $1.9 million in losses caused by an illegal union strike.

Bell Canada
In the late 1990s, he served as counsel to the acquirer in connection with Bell Canada’s collective agreement negotiations with its telephone operators, whose services Bell sought to permanently outsource.

2019 – Was invited by the Order of CHRP to speak at their annual convention on “The Scarcity of Labour and its Impacts on Human Resource Management and Employment Law”.

2018 – Invited by the Order of Certified Human Resources Professionals (CHRP) to speak at its annual convention, regarding work-life balance and the right to disconnect.

2017 – Invited to speak at a conference on recent developments in labour law regarding whistleblower employees in the fight against corruption.

2014 – Invited by the Order of Certified Human Resources Professionals (CHRP) to speak at a conference on labour relations, regarding employer communications with employees during a union certification campaign.

2011 – “Sharpen your negotiating skills to achieve more effective, efficient and economic management of your disability insurance files”, Canadian Institute, together with Martine Bergeron

2010 – Presentation in connection with the training program of the Quebec Order of Certified Human Resources and Industrial Relations Professionals, entitled “The role of the manager in negotiating collective agreements”

2009 – “New means of communication: useful business tools or an evil to be shunned?”, annual convention of the Quebec Order of Certified Human Resources Professionals, together with Martin Pelletier, CIRC, articling student

2005 – “When an accident triggers criminal liability on the part of the company and its management” for the Regroupement des Universités québécoises (association of Quebec universities) and Aon Parizeau Inc.

2005 – “Psychological harassment: definition and application” for the members and staff of the Commission des relations du travail du Québec (Quebec labour relations board)

2005 – “Reasoned negotiation: preferred approaches and role of the employer’s team members” for the Quebec Order of Certified Human Resources and Industrial Relations Professionals

Since 2004 – Lecturer in the continuing education program of the Quebec Order of Certified Human Resources and Industrial Relations Professionals on the following topics: “How to terminate the employment relationship”; “Disciplinary management: loyalty, competence, presenteeism”; “Improve your labour relations through reasoned negotiating”

2004 – “Day-to-day disciplinary management: a proactive and winning approach” for the Quebec Order of Certified Human Resources and Industrial Relations Professionals

2004 – “Pay equity – urgent action required” for the University of Quebec

2004 – “Symposium on psychological harassment in the workplace: rights, obligations and remedies” for the Quebec Order of Certified Human Resources and Industrial Relations Professionals

1993-2003 – Director of credit union Caisse populaire Desjardins Domaine Saint-Sulpice, of which he has been secretary and chair