Home > Publications > Articles > The Ocean Nutrition case: An employee is entitled to his incentive plan throughout the notice period

The Ocean Nutrition case: An employee is entitled to his incentive plan throughout the notice period

In Matthews v. Ocean Nutrition Canada Ltd., 2020 SCC 26, the Supreme Court of Canada (“SCC”) considered the appropriate remedy and quantum to be paid to a senior executive who had been constructively dismissed. This decision will most certainly have a major impact on Quebec employers, even though it was rendered in a common law jurisdiction.

David Matthews (“Employee”) was hired in 1997 and held several senior management positions with Ocean Nutrition Canada Limited (“Ocean”). However, starting in 2007, the Employee’s influence and responsibilities were gradually reduced. He was progressively ostracized and excluded from various projects, and this ultimately led to his resignation in 2011. The fact that the Employee was the subject of a constructive dismissal and was owed 15 months’ reasonable notice is not in dispute.

As a senior executive, the Employee benefited from a long-term incentive plan (“LTIP”) that provided a form of payment in the event of the sale of the company, and he wished to receive this benefit if the sale went ahead. The relevant clauses of the LTIP states the following:

The Long Term Value Creation Bonus Plan does not have any current or future value other than on the date of a Realization Event and shall not be calculated as part of the Employee’s compensation for any purpose, including in connection with the Employee’s resignation or in any severance calculation.

Thirteen (13) months after the Employee’s resignation, Ocean was sold, which constituted a Realization Event for the purposes of the LTIP. Upon learning this news, the Employee brought an action against Ocean alleging constructive dismissal, that Ocean’s actions were abusive and done in bad faith. In particular, he claimed damages to compensate for the loss of the LTIP payment following the sale of the business.

The Supreme Court of Canada decision

In a unanimous judgment, the SCC overturned the decision of the Nova Scotia Court of Appeal and determined that the Employee was entitled to the payment under the LTIP even though it had been over a year since he had been employed by Ocean.

The SCC held that in order to be enforceable, the provisions of an agreement such as the LTIP must be absolutely clear and unambiguous. Thus, the provisions of the LTIP (unilaterally imposed by the employer) that require an employee to be a “full-time employee” in order to benefit from the incentive plan were not sufficient to remove or limit the employee’s common law right to damages following his or her dismissal.

The SCC also held that an employment contract is not considered “terminated” until after the reasonable notice period expires. If the Employee had been given proper notice at the end of his employment (equivalent to 15 months), he would have been “actively employed” by Ocean on the date when the company was sold. He is therefore entitled to receive the LTIP payment following the sale of the business.

Although this decision was rendered in a common law province, similar reasoning may be applied under Quebec law.

Following this decision, in the event of a dispute over the quantum of damages, the courts will likely grant an employee payment of all benefits contractually provided for during the reasonable notice period to which the employee is entitled. These could include stock options, bonuses, and similar benefits.

However, this SCC decision also confirms that an employer may restrict certain benefits where the contractual terms are clear and unambiguous. One example would be for an employer to make the payment of certain discretionary benefits conditional on the specific performance of work. Hence, precise and clear drafting of contractual clauses is of the utmost importance, especially considering the additional dispositions of public order that Quebec employees benefit from namely under the Civil Code of Quebec. 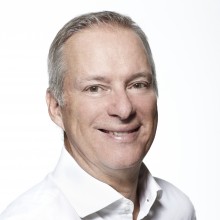