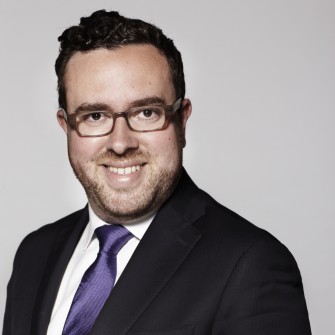 Daniel Baum is a member of the litigation group at the Montréal office of Langlois.

A versatile litigator, Daniel acts in a wide array of commercial and public law disputes. He notably handles matters involving insolvency, commercial fraud, administrative law and regulatory compliance. Daniel has experience before all levels of Quebec and federal courts, including the Supreme Court of Canada.

He is a sessional lecturer in written and oral advocacy at Université de Montréal’s Faculty of Law.

Before joining Langlois, Daniel served as litigation counsel for the federal Crown.

Represented a junior mining company in a dispute with Osisko Mining Corporation arising from the 2014 acquisition of the Canadian Malarctic Mine by Yamana Gold and Agnico Eagle.

Represented the former Chief Financial Officer of SNC Lavalin in defence of a multi-jurisdictional class action alleging misrepresentations under the Securities Act.

Represented a multinational pharmaceutical company in a RAMQ investigation and related judicial proceedings.

Represented a multinational pharmaceutical company before Supreme Court of Canada in a matter involving the Bills of Exchange Act.

Represented a subsidiary of Rio Tinto in the CCAA filings of Cliffs Québec in respect of the Bloom Lake and Wabush iron ore mines.

Coauthor with Sean Griffin of the article “Corporate responsibility: What happens abroad doesn’t stay there”, The Lawyer’s Daily, February 15, 2018

Kidney Foundation of Canada – Québec Board of Directors