The Superior Court weighs in on COVID-19 and force majeure

In a recent decision, the Superior Court of Quebec addressed the impact of the COVID-19 pandemic on the contractual obligations of parties to a commercial lease. This decision is likely the first of many to address this increasingly pervasive issue for businesses operating in Quebec.

In Hengyun International Investment Commerce Inc. v. 9368-7614 Québec Inc.,1 the Court (Kalichman J.) ruled that a commercial landlord was not entitled to collect rent from its tenant, a fitness center, for the duration of the March 24, 2020 ministerial decree suspending all activities of businesses providing non-priority services.2

The Court’s reasons provide welcome guidance as to the application of the doctrine of force majeure (or “superior force”), defined as follows under article 1470 of the Civil Code of Quebec (C.C.Q.):3

1470. A person may free himself from his liability for injury caused to another by proving that the injury results from superior force, unless he has undertaken to make reparation for it.

Superior force is an unforeseeable and irresistible event, including external causes with the same characteristics.

The Court confirmed that the COVID-19 pandemic and the ensuing governmental restrictions qualified as force majeure in this case, as they prevented the landlord from fulfilling its obligation of providing its tenant with peaceable enjoyment of the leased premises. In this regard, the Court found that the pandemic was both “unforeseeable” when the lease was contracted4 and “irresistible”, in that it would have prevented any similarly affected landlord from fulfilling its obligation to provide peaceable enjoyment (as opposed to the landlord in this specific case alone.)5

The Court also rejected the landlord’s argument to the effect that the lease between the parties required the tenant to continue paying rent in the event of force majeure. The clause in question reads as follows:

Notwithstanding anything in this Lease to the contrary, if the Landlord or the Tenant is delayed or hindered in or prevented from the performance of any term, obligation or act required hereunder by reason of superior force, strikes, lockouts, labour troubles, riots, accidents, inability to procure materials, restrictive governmental rules, regulations or orders, bankruptcy of contractors, or any other event whether of the foregoing nature or not which is beyond the reasonable control of the Landlord or the Tenant, as the case may be, then the performance of such term or obligation or act is excused for the period of the delay, and the party so delayed shall be entitled to perform such term, obligation or act within the appropriate time period after the expiration of such delay, without being liable in damages to the other.

However, the provisions of this Section 13.03 shall not operate to excuse the Tenant from the prompt payment of the Base Rent or Additional Rent or any other payments required by this Lease.

The Court rejected the landlord’s interpretation of this clause, finding it to apply only to delayed obligations, as opposed to obligations that could not be performed at all.7 But perhaps more significantly, the Court generally held that while parties to a commercial lease can agree to limit the effects of a landlord’s failure to provide peaceable enjoyment, they cannot agree to exclude that obligation entirely:

Even if the Landlord’s interpretation of paragraph 13.03 was correct, it cannot be read in such a way as to fully and completely relieve the Landlord of its principal obligation under the Lease, which is to provide peaceable enjoyment of the Premises. The parties to a lease can agree to limit the impact of a landlord’s failure to provide peaceable enjoyment but cannot agree to exclude it altogether. This view has been expressed in doctrine and has been endorsed by the Court of Appeal of Quebec.8

As a result, the Court held that the tenant was absolved from paying rent from the date of the Decree, until the government allowed fitness centres to reopen on June 22, 2020.

1. Force majeure clauses should be carefully drafted. The Court in Hengyun recognized that while parties to a commercial lease are generally free to limit the impact of a landlord’s obligation to provide peaceable enjoyment, they cannot exclude it altogether. In this case, the Court found that the clause invoked by the landlord was not sufficient to allow it to collect rent while it was prevented from providing the tenant with peaceable enjoyment. It remains to be seen how courts will interpret and apply a lease in which a tenant expressly assumes the risk of paying rent (in whole or in part), notwithstanding the landlord being prevented by force majeure from providing peaceable enjoyment. The judgment in Hengyun also raises the issue of whether, and how, courts may distinguish between clauses excluding liability for breach of lease (which cannot relieve a party of his liability for a failure to perform his principal or essential obligation9, and force majeure clauses (the purpose of which is to allocate the risk of an impossibility to perform a contract). In the interim, parties would be well advised to take great care in negotiating force majeure clauses in leases and other commercial agreements.

2. A party’s financial situation is not relevant in establishing force majeure. The Court in Hengyun rejected the tenant’s contention that it was prevented from paying its rent because the pandemic and the resulting Decree prevented it from operating and generating revenue. In this regard, the Court rejected a “subjective approach to irresistibility”, finding that “[i]n order to qualify as superior force, the event at issue must prevent any tenant in Quebec Inc.’s situation from paying its rent and not just those who lack sufficient funds.”10 The Court’s finding is in line with existing case law and commentary on this topic, which recognise that a debtor cannot be relieved of an obligation to pay a sum of money by reason of force majeure. This is not to be conflated with the circumstances in Hengyun, where Court identified the landlord as being the debtor of its obligation to provide peaceable enjoyment to its tenant. Seeing as the landlord was prevented from performing this obligation by force majeure, it could not exact performance of its correlative obligation (i.e. the payment of rent) from its tenant.

4. Does the Decree constitute a legal disturbance? Without deciding the issue—which was not raised by the parties—the Court in Hengyun expressly left open the possibility that the Decree “may constitute a legal disturbance within the meaning of Art. 1858 CCQ, which the Landlord also has the obligation to warrant.”11 Article 1858 CCQ provides that “the lessor is bound to warrant the lessee against legal disturbances to enjoyment of the leased property”. It is likely a matter of time before Quebec courts interpret and apply this provision in the context of the pandemic and the resulting government measures.

The Superior Court’s ruling in Hengyun (which remains subject to appeal as of this date) is likely the first of many to address the impact of the COVID-19 pandemic on commercial leases, and on commercial contracts in general. Businesses operating in Quebec should pay close attention to these developments to best navigate the legal fallout from this unprecedented commercial disruption and appropriately manage the attendant risks. 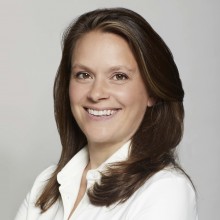