This article originally appeared in the July-August 2019 issue of Canadian Lawyer InHouse magazine.

Recently, in Barer v. Knight Brothers LLC, the Supreme Court of Canada clarified the applicable threshold for a party’s submission to a foreign court’s jurisdiction under the Civil Code of Québec. Québec defendants sued abroad – and foreign companies sued in Québec – should take notice.

Knight Brothers LLC (“Knight”), a Utah-based company, sued David Barer (“Barer”), a Québec resident, and two companies allegedly under his control, in Utah. In addition to a contractual claim against the company, Knight sought to pierce the corporate veil to seek personal liability against Barer and made a claim for fraudulent misrepresentation.

The decision of the SCC

On appeal, the Supreme Court of Canada sought to clarify the circumstances under which a defendant is properly found to have submitted to a court’s jurisdiction. The Court pointed out that, while such an analysis is highly contextual, it is of pivotal importance to people or companies in deciding how – or whether – to respond to proceedings brought against it outside of its home jurisdiction.

In reasons delivered by Gascon J., the majority of the Court found that Barer submitted to the jurisdiction of the Utah court by presenting substantive arguments in his motion to dismiss which, if accepted, would have resolved all or part of the dispute in his favour. The Court expressly rejected the so-called “save your skin” approach to submission to jurisdiction, by which “a defendant should not be taken to have submitted to jurisdiction where it was merely attempting to “save its skin.” To the contrary, the Court found that such an approach “hardly serves the administration of justice”. The Court held that allowing a party to present substantive arguments in multiple proceedings in the hope of finally securing a favourable decision – but without submitting to jurisdiction – could give rise to a “legal mulligan”, allowing the party to have “two kicks at the can”.

In a dissenting opinion, Côté J. essentially found that threshold adopted by the majority was too strict and rigid, and advocates for a more flexible approach that notably accounts for a defendant’s subjective intent in submitting to a jurisdiction.

The takeaway: a strategic choice for defendants sued in foreign jurisdictions

As a matter of principle, the CCQ favours the recognition and enforcement of judgments rendered outside of the province so as to ensure the free flow of trade and stability in international relations. There are a limited number of exceptions to this general principle, however, notably a lack of jurisdiction of the foreign authority over the defending party under the CCQ.

Since the threshold for submission to jurisdiction requires that arguments made before a foreign court must be limited to jurisdictional ones alone, defendants must consider what constitutes a purely jurisdictional issue, with reference to the procedural – and possibly substantive – laws of the foreign jurisdiction. Such issues of foreign law could later resurface in Québec enforcement and recognition proceedings. Thus, parties in this situation will likely require legal advice in both their home jurisdiction and the foreign one.

A final caution is called for, one which should resonate well outside Québec’s borders. The rules of the CCQ on submission to jurisdiction and their interpretation by the Supreme Court in Barer are equally applicable to a Québec court’s assertion of jurisdiction over foreign parties. Indeed, foreign individuals and entities would be well advised to engage in a similar balancing of risks and strategies before taking any steps to defend themselves before a Québec court. 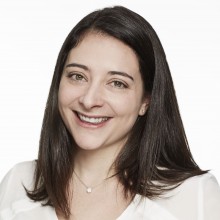