Demystifying the Obligations of the Real Estate Promoter

The real estate promoter plays a key role in the various construction projects seeing the light of day, namely because of its knowledge of the demand, means of financing, interesting land areas and regulatory aspects. Often the driving force of new real estate offers, the real estate promoter is as a natural or legal person that not only creates a concept or develops a real estate project, but also ensures its marketing and completion1.

Because the Civil Code of Quebec gives it a dual purpose, that of seller and contractor, the real estate promoter has several obligations and we shall address those first. Although it may delegate the operations specific to the sale of its projects, we shall then discuss the possibility to seek the promoter’s liability when it sells buildings through an intermediary corporation.

The obligations of the real estate promoter

The promoter that sells a building that it built or had built is primarily bound by the seller’s legal warranties. Thus, it must ensure to deliver to the buyer a property free and clear of any encumbrance and exempt from latent defects2. Since the promoter is considered a professional seller, the presumption that it knew the defects affecting the property at the time of the sale is against it, thereby simplifying the buyer’s burden of proof in this regard3.

Additional formalities are also required when the promoter sells a residential immovable whether it is new, renovated or converted. Indeed, the sale must be preceded by a preliminary contract which content is provided by law4 and through which the buyer promises to buy the building, while having the opportunity to withdraw from such promise5.

Moreover, a memorandum must be given to the buyer when the promoter sells a condominium unit of a building containing ten or more dwellings6. It should also be noted that certain provisions of the Regulation respecting the guarantee plan for new residential buildings7 and of the Act respecting the Régie du logement8 complete the legal framework specific to residential immovables provided for by the Civil Code of Quebec.

Furthermore, in addition to its obligations arising from the contract of sale, the real estate promoter is also subject to the rules pertaining to the contract of enterprise, on the one hand, when selling an existing or planned residential immovable9 and, on the other hand, when it sells any other type of building which it has built or caused to be built10. The assimilation of the status of the promoter to that of a contractor is advantageous for the owner and the subsequent buyers of the building since the real estate promoter will be held to the same legal warranties as those of the contractor, including the presumption of liability in case of total or partial loss of the work occurring within five (5) years after the work was completed and resulting from faulty design, construction or production of the work, or defects in the ground.

In addition, just like the contractor, the promoter is required to offer a guarantee of one (1) year against poor workmanship11. It is, however, important to mention that this legal warranty may be subject to a contract exclusion by the parties. Indeed, this warranty is not of public order, as opposed to the guarantee against the loss of the work mentioned in 2118 CCQ.

What about the real estate promoter that does not sell its projects?

The legal framework previously set out makes it possible to seek the liability of a real estate promoter when it sells the buildings which it has built or caused to be built. However, what about the liability of a promoter that promotes its projects but sells them through another company it created, for example, for the purposes of a particular project12?

In this case, is it possible to seek the liability of the two companies, not only of the one that sells but also of the one that oversees the promotion of the project? Although the case law does not directly answer this question, we believe that the lifting of the corporate veil could, in certain circumstances, make it possible to disregard the distinct legal person of the real estate promoter and seek its liability as well as the liability of the company in charge of the sale.

To prevail, the buyer must demonstrate that the entity that acted as seller is the alter ego of the company that is promoting the project, so that the two companies are intimately linked. Several clues can lead to such conclusion: the same shareholders and directors work within the two companies, these two companies share the same premises, the same staff, or even the same telephone line, the profits are considered as those of the parent company, the latter behaves like the mastermind of the commercial initiative, etc. In other words, the company responsible for the construction of the building must exercise considerable control over the company that sells it.

Although the notion of alter ego is crucial, it does not permit, on its own, to lift the corporate veil. To achieve this, the buyer must prove an abuse of right, a fraud or a contravention of a rule of public order, in addition to showing that the company acting as alter ego was used specifically to hide such misconduct13 and to exempt the promoter from its obligations.

Be that as it may, it will be up to the courts to rule on the possibility of holding a real estate promoter responsible for buildings sold by another entity. In light of the foregoing, we do not believe that a real estate promoter can take refuge under the corporate veil in order to escape its legal obligations.

The authors wish to thank Élisabeth Lachance, lawyer, for her contribution to this article. 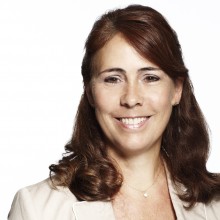