Langlois Lawyers is proud to announce that the achievements in litigation of two partners have been recognized by the Litigation Counsel of America (LCA), an honorary society of America’s most eminent litigators.

Sophie Perreault, Chair of the firm’s Board of Directors, and Sean Griffin, head of litigation at Langlois, were named Fellows following a rigorous selection process based on excellence and achievement in litigation, both at the trial and appellate levels, as well as a strong ethical reputation.

Sophie shared, “I welcome this recognition with great pride! To join the Litigation Counsel of America as a Fellow is to join a group of highly skilled and dedicated litigators. I would like to thank the many clients I work with for their continued trust and wish to express my gratitude to the Langlois team, without whom none of this would be possible!”.

“I am proud to have been welcomed as a Fellow of the Litigation Counsel of America; being part of such an esteemed group of North American litigators is an honour.  I look forward to actively contributing to the LCA’s mission and work, as well as further promoting this leading organization here in Québec. Special thanks to the Langlois litigation team and our clients for their continued support and trust,” said Sean.

About the LCA
The Litigation Counsel of America is a trial lawyer honorary society composed of less than one-half of one percent of American lawyers. Fellowship in the LCA is highly selective and by invitation only. Fellows are selected based upon excellence and accomplishment in litigation, both at the trial and appellate levels, and superior ethical reputation. The LCA is aggressively diverse in its composition. Established as a trial and appellate lawyer honorary society reflecting the American bar in the twenty-first century, the LCA represents the best in law among its membership. The number of Fellowships has been kept at an exclusive limit by design, allowing qualifications, diversity and inclusion to align effectively, with recognition of excellence in litigation across all segments of the bar. Fellows are generally at the partner or shareholder level or are independent practitioners with recognized experience and accomplishment. In addition, the LCA is dedicated to promoting superior advocacy, professionalism and ethical standards among its Fellows. 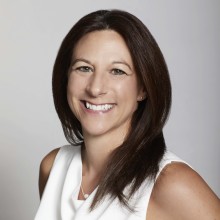