Home > Publications > Articles > Litigation: Can a Party Retain the Services of the Other Party’s Expert?

Litigation: Can a Party Retain the Services of the Other Party’s Expert?

This article is a modified version of a case comment initially published by Éditions Yvon Blais in September 2018 (EYB2018REP2538).

The expert plays a critical role in the adversarial judicial process. He or she must enlighten the court in order to assist it in making a decision, and this duty takes precedence over the interests of the parties1. In its decision in Office municipal d’habitation Kativik v. WSP Canada Inc.2, the Quebec Superior Court concluded that nothing prevents a party from retaining, at its expense, the expert of the opposing party in order to obtain clarification of certain aspects of the expert’s report.

This decision was rendered pursuant to a lawsuit brought by the Kativik Municipal Housing Bureau and the Société d’habitation du Québec (the “Plaintiffs”) against various entities involved on a construction site (the “Defendants”).

In the course of the proceedings, the Plaintiffs sought an order compelling the Defendants to disclose the mandates given to their experts. They also wanted the experts to identify, in their reports, the costs attributable to the work to correct poor workmanship and other deficiencies from those associated with consequential damage resulting therefrom.

Superior Court Justice Lise Bergeron had to determine whether it was appropriate to modify the mandates of the Defendants’ experts. She concluded that the Plaintiffs’ application in that regard should be dismissed.

The judge first of all pointed out that an expert’s role is to assist the Court, and that he or she does not “belong” to either of the parties. Based on this principle, the judge indicated that an expert does not have to commit itself to the interests of one party to the detriment of the other. An expert can be consulted by both parties and provide each of them with his or her opinion entirely impartially.

However, in this instance the Defendants were not entitled to modify the mandates that were given the experts by the Plaintiffs at their expense, because a party who wishes to obtain clarification on certain matters can mandate those same experts for that purpose at its own expense.

This decision is interesting in that it recognizes the prerogative of a party to retain the services of the expert of the opposing party in the course of the same lawsuit. This situation – which may seem surprising – is in fact consistent with the case law that has developed in recent years.

A. The expert’s mission: to enlighten the Court

In 2015 the Supreme Court of Canada identified the three concepts underpinning the duty of an expert, namely impartiality, independence and absence of bias3. Quebec’s new Code of Civil Procedure specifies that the primary mission of an expert is to provide the court with an opinion that includes an explanation of the methodology the expert used4. This mission overrides the interests of the parties.

While the codification of this principle is relatively recent, the duty of independence of an expert is long established. In 1990, for example, the Court of Appeal recognized that an expert retained by one party can be consulted and called to testify by the opposing party in order to provide his or her opinion on certain facts at issue5.

B. Disqualification of an expert

A party cannot deprive the opposing party of the insights of an expert solely on the basis that the expert was initially consulted by it6. If that were the case, it would be possible for a litigant to consult all the experts in a given area of expertise in order to prevent them from acting for anyone else.

In such circumstances, it is not surprising that there are very few decisions granting an application for the disqualification of an expert on the ground of a conflict of interest7. However, one must not confuse an expert’s capacity to act as such and the probative value of his or her testimony8. The case law shows that it is easier to discredit an expert than to disqualify one.

C. Acceptance or refusal of a mandate by the expert

An expert can always refuse to accept a mandate, and cannot be compelled to submit a report, as this involves work that is personal and intellectual in nature9.

The situation will be somewhat more delicate if the expert acts for both parties to the lawsuit, who have opposing interests. This double role obliges the expert to segregate information that is public and that which is confidential11 in order to use only that to which the party it is preparing to act for is privy. This requirement can greatly complicate the work of the expert, who must determine the confidential nature of the information he or she holds.

The Superior Court held in this case that the expert belongs to neither party. This decision accords with the case law and illustrates the importance of the expert’s role, which is now codified in articles 231 to 245 CCP.

In our view the possibility of retaining the services of the opposing party’s expert gives rise to multiple practical difficulties. In order to preserve his or her independence, the expert must use discretion in declining to act for more than one party in situations where the possibility of a conflict of interest may arise. 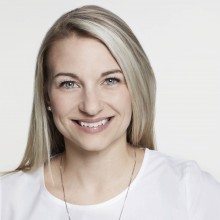