A recent decision1 of the Court of Appeal has clarified the principle of immunity from civil proceedings enjoyed by employers under the Act respecting industrial accidents and occupational diseases (hereafter the “AIAOD”). This decision is also interesting in that it sets the record straight as to what does and does not qualify as constructive dismissal.

Brief summary of the case

This case involved a situation of alleged psychological harassment that ultimately led to the resignation of an employee and her decision to sue her employer.

Essentially, a misunderstanding arose from two meetings held in September 2011 between a warehouse assistant manager (hereafter the “Employee”) and the warehouse director (hereafter the “Director”). The Employee’ and the Director’s versions of what was said during these meetings are diametrically opposed. In the course of the litigation, the Employee noted that the situation devastated her, and she sank into a psychological state that forced her to take several months off work. During that time, she received insurance benefits. Although she considered it, she did not file a complaint of psychological harassment nor make a claim under the AIAOD.

She was eventually declared fit to return to work as long as a meeting was held in the Director’s presence. A meeting was held in February 2014 between the Employee, the employer, their respective representatives and the Director. At the beginning of this meeting, the Employee referred back to the meetings in September 2011 and presented her version of events. The Director profoundly disagreed with the Employee’s account of the events and refused to admit wrongdoing. Under the circumstances, the Employee was not convinced that the behaviour she described as hostile would not reoccur. She decided to end the meeting abruptly, refusing to return to work and asking for a “package.”

No agreement was reached between the parties, and the Employee brought an action before the Superior Court, essentially claiming compensation in lieu of 20 months’ notice ($111,666), the contribution that the employer would have made to her RRSP during this period ($16,750), as well as moral damages in the amount of $80,000. It is important to note that the latter claim was also aimed at the Director.

Surprisingly, the Superior Court refused to apply the immunity conferred on the employer and other employees for the consequences of what could be an employment injury, whether or not the employee had made a claim, and concluded that there was a constructive and wrongful dismissal. In reaching this conclusion, the trial judge distinguished the events of September 2011 from the meeting that took place in February 2014 in the context of the Employee’s return to work.

The Court of Appeal unanimously allowed the appeal, overturned the Superior Court’s judgment and dismissed the Employee’s action.

According to Justice Bich (hereafter “the Judge”), who provided unanimous reasons on behalf of the bench, as soon as an employee’s situation is potentially covered by the AIAOD, immunity from civil litigation applies, even if the employee did not use the regime established by that Act.

In this case, the Employee’s return to work is part of a continuum forming an indissociable whole with the initial meetings held in September 2011 between her and the Director, meetings which resulted in her disability:

Incident at work → Disability resulting directly from this incident → Absence from work → Return and conditions for returning to work.

The Employee was not constructively dismissed – she resigned

With respect to the constructive dismissal complaint itself, the judge noted that “conflicts between employees are not uncommon, different perceptions and conflicting versions of the same incident are not uncommon either (especially if the incident occurred two years earlier), and the employer, who does not have the benefit of a trial, is not always able to distinguish the true from the false. This is no reason to attribute dishonest or unfair intent to the employer” (emphasis added).

She concluded that, even though the Employee did not receive the apology she had hoped for and the employer and its representatives did not insist that she reverse her decision, her resignation was not induced or coerced in any way by the employer. Rather, this was a situation in which both parties tried, in good faith, to resolve their dispute but were unsuccessful. Not getting along with her employer was a legitimate reason for the Employee to terminate the employment relationship. However, her resignation was not initiated by the employer and was therefore not a matter of constructive dismissal.

The Court of Appeal clearly states that as soon as an employee’s situation is potentially covered by the AIAOD (particularly in matters of psychological harassment leading to resignation), the parties must use the mechanisms provided therein to assert their rights. The immunity granted to employers (and their employees) in such circumstances means that a common law remedy, such as a claim for compensation in lieu of notice, will be doomed to failure.

Finally, an employee who resigns in the context of a return-to-work process that is not proceeding exactly as they had hoped is not necessarily subject to constructive dismissal. This is not an automatic process, and the facts of each case will have to be legally analyzed before being able to conclude one way or the other.

Marie-Hélène Jetté and Catherine Cayer, members of our Labour and Employment Law group, acted for the employer in this case. Do not hesitate to contact them or another member of our team if you have any questions on this matter. 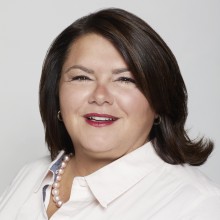