Home > Publications > Articles > BIM: a tool for substantiating a claim

BIM: a tool for substantiating a claim

This article first appeared in French on the Corporation des entrepreneurs généraux du Québec website and was written in collaboration with Geoffroy Bertrand, Eng., MBA, PMP, of FTI Consulting.

The use of Building Information Modelling, commonly known as BIM, is becoming increasingly widespread in both public and private construction projects. BIM is traditionally seen as a tool used for the digital representation of various physical and functional aspects of a project. It serves as a communication and coordination tool which promotes increased collaboration between stakeholders and should therefore reduce the number of problems encountered during construction projects. Some of the problems that could be avoided with the proper use of BIM include issues stemming from interdisciplinary coordination of drawings and specifications, issues related to in-situ conditions, issues caused by owner-initiated changes and several other unexpected issues that may arise on-site.

BIM’s utility is not only limited to the planning and execution phases of construction projects. BIM can be used in the context of legal proceedings and arbitration as it is a powerful tool for simplifying the demonstration and substantiation of a claim. BIM can also be an effective tool in the context of alternative dispute resolutions such as mediation, which has been gaining popularity.

Outside of the multiple technical challenges of certain projects, the degree of complexity in construction projects often increases due to the number of stakeholders involved, large volumes of documents produced at each stage of the project, and the length of time spent on-site. In the context of these kinds of projects, BIM is an important asset for mitigating these challenges and as a result, can provide numerous advantages for those who dare to use it.

BIM and digital models can be used in a variety of ways. For the purpose of this article, we have identified the following three (3) use cases:

The digital model is a very useful tool to facilitate the understanding of a project and the problems encountered. As a picture is worth a thousand words, the numerical model allows the contractor to offer a detailed and interactive visual of the project, its components, the scope of work and the operational constraints experienced on-site during construction.

2. Simulation of an as-planned vs. as-built schedule:

4D BIM allows the creation of smart links between the digital model and temporal data (baseline schedule). These links are then used to create a 3D space-time simulation showing the sequence of work. 4D BIM is mostly used by contractors for (i) project phasing, (ii) optimizing the baseline schedule or (iii) detecting construction conflicts and/or constraints. Furthermore, 4D BIM can also facilitate the demonstration of impacts caused by the owner or a third party. For example, the contractor can show the critical path of a project and can compare the planned sequence of events to the actual sequence of work. To do this, the contractor can simply create a second 3D space-time simulation using the as-built schedule and then compare it to the baseline simulation.

3. Simplification of a technical impact:

The digital model can also explain the impacts of changes that arise during the project. By comparing the model of initial design with a model of the modified design (incorporating the proposed changes), the parties can easily visualize the scope and impacts of the changes to the work.

To conclude, we are presently in the midst of a major wave of changes in the construction industry characterized by a digital revolution which many are calling “Construction 4.0”. Technological advances, such as BIM, are forcing us to question the traditional means and methods by innovating and reinventing ourselves. The use of digital tools to support the substantiation of claims will become unavoidable in the coming years. It is therefore in the best interest of general contractors to familiarize themselves with these tools and take advantage of their capabilities. 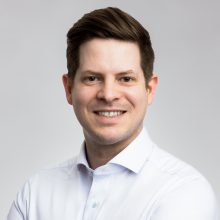