On July 15 of this year, in Cambie Surgeries Corporation v. British Columbia (Attorney General), the British Columbia Court of Appeal affirmed a decision of the British Columbia Supreme Court recognizing the constitutionality of legislation banning private insurance for healthcare covered by the public plan under section 7 of the Canadian Charter of Rights and Freedoms.

The plaintiffs, who are patients in British Columbia and medical clinic operators, challenged the constitutional validity of three provisions of British Columbia’s Medicare Protection Act. Those provisions prohibit physicians enrolled in the Medical Services Plan from charging their patients more than is paid by the public plan. They also prevent the sale of private insurance for services covered by the public plan.

The Supreme Court of British Columbia who heard the case found that the impugned statutory provisions did not infringe the right of the individual to life and liberty protected by the Canadian Charter of Rights and Freedoms. However, he accepted that those provisions infringed some patients’ right to security “by preventing patients from accessing private medical treatment that would otherwise be available to them when the public healthcare system cannot provide timely care.”1 Nonetheless, the trial judge found that the plaintiffs had not succeeded in showing that the infringement did not accord with the principles of fundamental justice. Having so found, the judge dismissed the plaintiffs’ claim.

Judgment of the British Columbia Court of Appeal

The Court of Appeal began its analysis of the alleged violation of section 7 of the Charter, the right to life, liberty and security of the person, by pointing out that this challenge was inspired by the 2005 Supreme Court of Canada decision in Chaoulli. For two reasons, the Court of Appeal was of the opinion that that decision did not have binding effect with respect to this case: (1) there is no consensus in Chaoulli regarding the violation of section 7 and (2) the section 7 test has evolved since 2005.

The right to life

In the opinion of the Court of Appeal, in order for there to be a violation of the right to life, the appellants had to prove that the impugned statute imposed death or an increased risk of death on the person, either directly or indirectly.2

Although the Court agreed with the approach developed by the trial judge regarding the onus of establishing a violation of the right to life, it did not agree with the judge’s conclusion that the impugned provisions did not infringe the right to life.

Analyzing the evidence relating to the various patient priority codes implemented in the province and the percentage of patients waiting beyond the maximum acceptable wait times, the Court of Appeal submitted that this situation exposed patients to an increased risk of death:

It is clear from the priority code 1 and 2 data that many patients are waiting beyond the applicable benchmarks for diagnostic or surgical procedures that are necessary to respond to life-threatening conditions. Given the underpinnings of priority code 1, it is inescapable that, all other things being equal, waiting beyond the benchmark increases the risk of death for those patients.3 (Emphasis added)

In the opinion of the Court of Appeal, the impugned provisions infringed the right to life.4

The right to liberty

While it is recognized that the right to freedom encompasses the right to make fundamental personal choices without interference from the state, that right does not include purely economic choices.

In the opinion of the Court, the right to freedom does not extend so far that it includes a decision to receive public or private medical treatment:

We think it stretches the definition of “liberty” too far to suggest the choice of private or public medical care is a fundamental choice related to autonomy and human dignity.6

The right to security

However, the Court of Appeal rejected the appellants’ argument that the right to security had been infringed simply because the wait time prescribed by the priority code had been exceeded,8 which was the case, according to the evidence in the record, in 72.2% of cases for the most urgent priority code (requiring intervention within two weeks).9

The principles of fundamental justice

A violation of section 7 of the Charter is analyzed in light of two criteria. The first, which was met in this case, requires the plaintiffs to prove a violation of their right to life, liberty or security. The second requires that the plaintiffs prove that the violation was not justified by the principles of fundamental justice. To succeed, the appellants had to prove that the impugned statutory provision (1) was arbitrary, (2) was overbroad and (3) was grossly disproportionate.

On a preliminary basis, the Court found that the objective of the Medicare Protection Act was twofold: to maintain a public healthcare service and to offer a healthcare system in which access is determined by need and not by the ability to pay.10

1) Are the impugned provisions arbitrary?

A law is arbitrary when there is no connection between its effect and its object.11 The Court of Appeal was of the opinion that the impugned provisions were not arbitrary, given that their effect, in particular by prohibiting a parallel system from developing as a result of private insurance, is closely connected to the objective of the law, that is, to preserve the public system and access to that system by all, regardless of their financial resources. The Court was of the view that allowing private insurance would create competition between the private and public sectors for a limited pool of professionals, thereby undermining the public sector.12

2) Are the impugned provisions overboard?

A provision is overbroad when it goes too far and interferes with some conduct that bears no connection to its objective. The Court found that this was not the case here. It was of the opinion that the provisions were necessary to achieve the objectives of the legislature: to maintain the public healthcare system and access to the system for everyone regardless of ability to pay.13

3) Are the impugned provisions grossly disproportionate?

In order for this to be the case, the law’s effects on life, liberty or security of the person must be so grossly disproportionate to its purposes that they cannot rationally be supported.14 The Court of Appeal reiterated that this is a heavy onus that was not met in this case.15

The majority were of the view that this case involved “competing Charter rights” between those patients who were able to pay for private insurance and those who were not. The Court held that this had to be considered at this stage of the analysis.16 The majority opinion was that, although the impugned provisions infringed the right of certain persons to life and security, those effects were not grossly disproportionate with their objective: the societal choice to provide everyone with access to healthcare, regardless of their financial resources.

In the view of the majority, the impugned provisions accorded with the principles of fundamental justice, and the plaintiffs had not proved a violation of section 7.

While Justice Fenlon agreed with her colleagues’ conclusion, she was of the opinion that the impugned provisions infringed the rights to life and security and that the infringement was not consistent with the principles of fundamental justice, in that it was grossly disproportionate. She found that asking patients to wait their turn, thereby increasing the risk of death in addition to causing suffering, was “grossly disproportionate” to the objective of maintaining a public system.17

However, it was her opinion that this case was one of those rare cases in which a violation of section 7 is nonetheless justified under section 1 of the Charter.

Chaoulli and the right to integrity in the case law

The Cambie case is reminiscent of the decision of the Supreme Court in Chaoulli,18 in which the majority of the Court held that waiting for long periods before obtaining healthcare was a source of worry, anxiety and stress in most cases, and that this affected the psychological integrity of the persons affected and was therefore a violation of the right to security.19

On the question of the principles of fundamental justice, only the “arbitrariness” criterion20 was addressed, by three of the four majority judges, who were of the opinion that was no connection between the ban on taking out private insurance and maintaining high quality public healthcare.21

At the time of writing, we do not know whether Cambie will be appealed to the Supreme Court of Canada. If so, this case would offer an opportunity to clarify the law concerning bans on private insurance for medical services insured by the public system under the Charter, especially since it has now been 18 years since Chaoulli was decided and section 7 analysis has evolved significantly since then.22

The authors would like to thank law student Gabriel Auger Pinsonneault for his contribution to the preparation of this article. 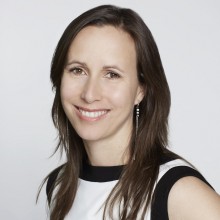