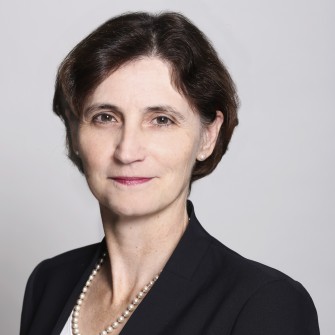 Paule is also involved in administrative and constitutional litigation, especially where the Canadian and Quebec human rights charters are concerned. In addition, she represents a variety of print and electronic media concerns in matters involving freedom of the press, protection of sources and claims for damages for defamation.

She has also participated in several mediations in human rights commission files involving issues of discrimination based on handicap, age and gender.

She has also published articles on occupational health and safety and labour law for specialized journals and is coauthor of the second edition of the book Le harcèlement et les lésions psychologiques (Harassment and Psychological Trauma). She edited the chapter on the dismissal of public service managers in the book entitled Règlement sur certaines conditions de travail applicables aux cadres des agences et des établissements de santé et de services sociaux annoté, a book on the law applicable to employment conditions of executives in health and social services agencies written by Mr. Eugène Abarrategui and published in 2007.

She also sits on the Canadian Judicial Council Inquiry Committee reviewing the conduct of the Honourable Michel Girouard, S.C.J.

She is also a regular contributor to the online labour and employment law publication La référence RH published by Thomson Reuters.

Independence and impartiality
She made representations to the Superior Court and the Court of Appeal on behalf of the Commission d’appel en matière de lésions professionnelles concerning the independence and impartiality of the CALP commissioners, better known as the Montambault case. She also represented the intervenor, the Association des commissaires de la Commission des relations du travail, on issues pertaining to judicial independence in the matter of AJACLP v. Procureur général du Québec.

Freedom of religion
At the Commission des relations de travail (TAT), she also obtained a declaration of inoperability and non-invocability for section 7 of the Organization and Management of Institutions Regulation and sections 3 and 4 of the bylaw regarding the provision of pastoral services at Hôpital Laval, which bases the right to employment on the religious nature of the institution.

Handicap
On the basis of her representations, the Quebec Human Rights Tribunal recognized that visual acuity is a justifiable professional requirement for employment as an industrial electrician.

Freedom of expression
Together with a colleague, she represented major Québec media and succeeded in having Section 487.2 of the Criminal Code declared null, void, and inoperable by the Superior Court and the Court of Appeal.

Disqualification for public office
On behalf of a school board, Paule obtained a declaration that parents were not qualified to sit on an advisory board on services for handicapped pupils and pupils with learning and adjustment difficulties.

Challenge to guilty verdict
She also acted for MENVIQ in the dismissal of a senior public servant in which over 25 legal proceedings were brought by the claimant to Commission de l’accès à l’information, Commission de la fonction publique, the Superior Court, and the Court of Appeal. This case mainly concerned a challenge, as part of the dismissal complaint, to the guilty verdict by a senior government official in the wake of the City of Toronto decision.

Coroner’s inquest
She acted as co-counsel in the coroner’s inquest into the events leading to the multiple car accident on Highway 20. She represented engineers at the Ministère des Transports and also pled before the disciplinary committee regarding these events.

2010 – “Impact of a criminal record on employment”, Langlois Lawyers.

Since 2017 – Member of the education, training and workforce committee of the FCCQ

2004-2006 – Board member of Langlois Kronström Desjardins

1990 – Member of the Sainte-Foy Junior Chamber of Commerce