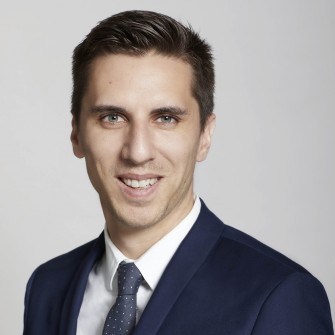 Olivier Scheffer is a lawyer in the business law group in Langlois Lawyers’ Montréal office. He joined Langlois in the summer of 2017 as a law student, and subsequently completed his articles at the firm in 2018.

While at the firm, Olivier has worked on a wide variety of transactions, including mergers and acquisitions. He has gained experience in drafting various agreements and corporate documents, such as purchase and sale agreements and shareholder agreements. He has also acted in files involving environmental and energy law, in which he dealt with issues involving aboriginal law and governance.

He practices law in English and French.