On September 2, 2020, the Regulation respecting the regulatory scheme applying to activities on the basis of their environmental impact (known in French as the “REAFIE”), as well as several other regulations, was finally adopted, thus allowing for the implementation of the new environmental authorization scheme under the Environment Quality Act (the “EQA”). It should be noted that the provisions of the REAFIE will come into force on December 31, 2020.

A look back at the key stages of modernization

The main innovation of the REAFIE is to propose customizing the environmental approval process based on the degree of environmental impact of the activity in question. Furthermore, the REAFIE contains various provisions that affect related rules, including:

In addition to the adoption of the REAFIE, some thirty other regulations will be amended, adopted or repealed as of December 31, 2020, mainly to ensure consistency with the REAFIE.

The adoption of four new regulations should be highlighted, namely:

The coming into force of the REAFIE next December will mark the end of a long transitional period that began with the adoption of Bill 102 in 2018, and it will bring more predictability to the process of applying for authorization from the Ministry of the Environment and the Fight Against Climate Change.

Stay tuned for additional bulletins on the interpretation and application of the REAFIE, and feel free to contact a member of our team if you have any questions.

1 An Act to amend the Environment Quality Act to modernize the environmental authorization scheme and to amend other legislative provisions, in particular to reform the governance of the Green Fund.
2 Draft Regulation on Ministerial Authorization and Declaration of Environmental Compliance. 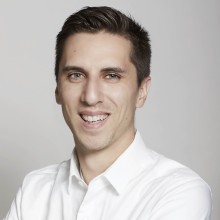