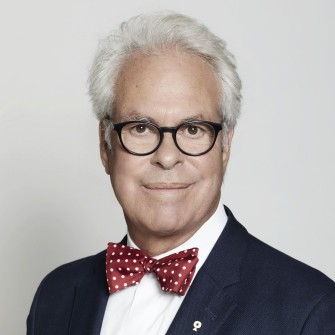 Mr. Rolland was a Justice of the Superior Court of Québec from 1996 to 2015, and Chief Justice from 2004 to 2015. He presided numerous trials in all areas of the law, including commercial law, class actions, insolvency and corporate reorganizations, as well as matrimonial disputes. He also presided many settlement conferences in civil, commercial and family matters, as well as several facilitation conferences in criminal matters. Mr. Rolland actively worked on the implementation of the Settlement Conference Chamber and on the creation of the Class Actions Chamber, and made an active contribution to the development of Commercial Chamber of the Superior Court.

Since retiring from the bench, Mr. Rolland has rejoined the Québec Bar. He was appointed director of the Voluntary Reimbursement Program created by the Québec government pursuant to the Act to ensure mainly the recovery of amounts improperly paid as a result of fraud or fraudulent tactics in connection with public contracts, a mandate that he completed in December 2017. He also presides over mediations and acts as an arbitrator in commercial disputes, including multijurisdictional class actions.

Throughout his career as a lawyer and Chief Justice, Mr. Rolland has been invited to speak on many occasions to various local, national and international audiences including students, colleagues, members of the business community and international dignitaries. He also taught ethics at the National Judicial Institute for ten years.

Has presided over numerous mediations, including several in the context of multi-jurisdictional collective actions.

Since 2016 – Ethics commissioner for the Québec Bar

Board of Directors of legal education organization Éducaloi
– Since 2017 – Chair

Since 2008 – Member of the International Insolvency Institute

Since 1975 – Member of the Canadian Bar Association