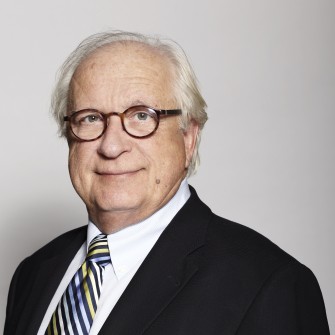 The Bâtonnier Michel Jolin has been a partner of the firm since 1988 and is a member of the civil and commercial litigation group. Before joining the firm, he was Director of Litigation Services for the Quebec Department of Justice. He was Vice President of the Quebec Bar in 1986-1987 and Bâtonnier (President) in 1987-1988.

Throughout his career, he has been very active in educating and training litigators. He has also been a sessional lecturer at the universities of Montreal and Moncton, at Laval University in Québec City, and for the Quebec Bar Admission Program. He is the co-author of a treatise on advocacy techniques and is a frequent speaker and panellist on various issues.

As a specialist in complex litigation, Michel Jolin appears before specialized tribunals and the civil courts, including the Quebec Court of Appeal and the Supreme Court of Canada.

He has considerable expertise in civil, commercial and public law, which has enabled him to act in significant litigation matters for the governments of Canada and Quebec, numerous organizations and Crown corporations, and public and private business corporations. His practice also includes constitutional law and the Charter of Rights and Freedoms, as well as civil, commercial, securities, natural resources, medical and disciplinary law.

Since 2012 – Member of the Board of Directors of the firm