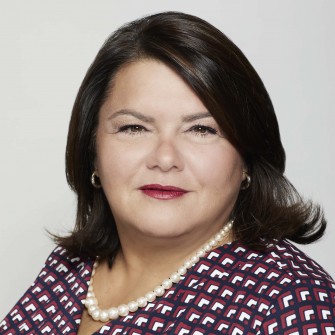 Marie-Hélène Jetté, CHRP, a partner at Langlois Lawyers, has been representing and advising employers for over 25 years in the fields of labour and employment law, human rights and freedoms, and administrative law. Her skills are widely recognized in the industry, particularly in matters related to employment termination, psychological harassment, discrimination, labour standards and occupational health and safety.

Clients regularly call upon Marie-Hélène to advise on strategic questions regarding human capital management. Recognized for her practical approach and ability to mitigate risk, she advises clients on the sale or reorganization of their businesses.

Marie-Hélène has in-depth knowledge of the pharmaceutical, hospitality, arts, distribution and restaurant industries. She has participated in several negotiations as an employer’s representative and frequently intervenes before civil courts and specialized administrative tribunals.

Marie-Hélène is involved in her community and serves on various boards of directors. She heads Langlois’ Labour and Employment Law group, one of the largest teams in Quebec, with roughly thirty professionals. She also received the prestigious Benchmark Litigation Award for Labour & Employment Litigator of the Year in Canada for two consecutive years (2021-2022).

2016 – Suncor wins this round in the battle over random drug testing, but the battle is not over

2015 – Pension plans and orphan clauses: the Quebec Court of Appeal issues its ruling

2016 – Seminar “Ten important decisions and developments in employment and labour law in 2015”, Montréal