Home > Publications > Articles > Work Life Balance: Do Employers Have a Duty to Accommodate?

Work Life Balance: Do Employers Have a Duty to Accommodate?

For several years now, employers in Quebec have had access to an increasingly qualified labour force, made up primarily of individuals between the ages of 25 and 50, who are demanding or seeking better work-family balance.

Labour law and employers must both adapt to this new reality which, as the statistics show, is taking on increasing proportions: the birth rate is on the rise in Quebec1, and the percentage of women in the workforce aged 25 to 54 with at least one child under the age of 16 is also growing2. In addition, for an overwhelming majority of couples with children, both parents are active in the labour force3, notwithstanding that a significant proportion of Quebec families with children are single-parent households4.

In Quebec, the legislature has imposed obligations on employers so that employees can, without pay, be absent for a certain number of days or take periods of leave each year for family reasons5. And in January 2006, the Quebec government created the Quebec Parental Insurance Plan.

However, the following question arises: must an employer, in virtue of Quebec and Canadian human rights legislation, offer accommodation measures that exceed those under the Labour Standards Act to employees whose family-related obligations interfere with the normal performance of their work?

The rest of Canada

Before looking at the legal situation in Quebec, it is worth considering the legal regimes in the rest of Canada. In this regard, the Human Rights Code of Ontario6, as well as similar legislation in Alberta7 and British Columbia8, lists “family status” as a prohibited ground of discrimination.

An analysis of the case law in other Canadian provinces shows that courts there impose conditions on an employee’s right to be accommodated. For example, the British Columbia Court of Appeal found that a change in an employee’s working hours would constitute discrimination based on family status provided that the complainant was able to show that this change in her employment conditions caused “a serious interference with a substantial parental or other family duty or obligation of the employee”9.

a. Employers operating in an area of federal jurisdiction

The Canadian Human Rights Act is a federal statute applicable in all provinces and territories, that prohibits discrimination based on family status10. However, in Quebec and elsewhere, only employers whose activities are governed by federal law are subject to that Act, such as banks, inter-provincial transportation companies (including railways), and broadcasters11. Such employers are consequently bound to accommodate an employee whose family status conflicts with his or her professional obligations, as family status is a statutorily prohibited ground of discrimination.

The obligation of a federally regulated employer to accommodate an employee because of his or her family status is not absolute or limitless, however. In a recent decision12, the Federal Court of Appeal set out the criteria that must be met in order for an employee to be entitled to accommodation pursuant to the Canadian Human Rights Act. The employee is required to show:

In these circumstances, it must be borne in mind that even if an employee succeeds in showing that he or she has been discriminated against at work due to his or her family status, the employer can argue that the decision or measure taken in respect of the employee is reasonably justified on practical grounds and that an accommodation could not be made without causing the employer undue hardship13. The Supreme Court subsequently stated in this regard that “the point of undue hardship is reached when reasonable means of accommodation are exhausted and only unreasonable or impracticable options for accommodation remain”14.

b. Employers operating in an area of provincial jurisdiction

Over the last few years, Quebec courts have had to consider whether the concept of civil status affords protection to employees in connection with their family status and consequently imposes a duty to accommodate on employers.

An analysis of Quebec case law shows that it does not. Thus, for an employer operating in an area of provincial jurisdiction, it is not discriminatory to refuse to accede to a request from an employee for an accommodation allowing him or her to better balance her employment and family responsibilities, as family status is not a prohibited ground of discrimination inherent in the concept of civil status.

For example, the refusal to grant an employee staggered working hours or any other change in working hours has been deemed not to be discriminatory15. Furthermore, in 2013 the Court of Appeal concluded16 that an accommodation requested by an employee was related to her family status and consequently there had been no discrimination on a ground prohibited by the Quebec Charter of Human Rights and Freedoms.

In Quebec, only employers operating in areas of federal jurisdiction are legally required by the Canadian Human Rights Act to accommodate their employees in order to allow them to achieve better work-family balance. An employer’s failure to do so may be considered discriminatory vis-à-vis the employee concerned, unless the employer can show that the requested accommodation would cause it undue hardship.

However, given that a broad and liberal interpretation of the Quebec Charter is constantly recommended by the courts, we are of the view that the case law in this regard should be monitored closely.

While in Quebec there is no legal obligation to accommodate employees for work-family balance reasons, measures implemented by employers which promote that balance constitute an attractive asset that can facilitate the recruiting of qualified employees.

Moreover, since 2010 Quebec employers have had the option of complying with Standard BNQ 9700-820, whose purpose is establish guidelines “to help organizations promote work-family balance”17. Developed on the initiative of the Ministère de la Famille et des Aînés du Québec, the Standard sets out certain criteria to meet in order to obtain certification from the Bureau de normalisation du Québec (BNQ). This certification allows employers “to attract and retain skilled labour” and to “take advantage of the BNQ certification mark in promotional activities”18.

Apart from obtaining this certification, employers have several means at their disposal to facilitate achieving a balance between their employees’ professional and family responsibilities. By way of example, the following accommodation measures could be implemented for the benefit of employees:

Given the baby-boom that has been taking place since the early 2000’s, there is no escaping the fact that employees will increasingly be seeking a work environment better tailored to their family life. 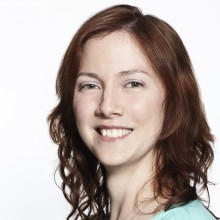 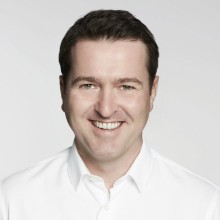