We are pleased to welcome William Gagné to the labour and employment group in the Montréal office.

About Langlois Lawyers
Langlois Lawyers is Québec’s largest independent law firm, with around 150 practising lawyers in the Greater Montréal and the city of Québec areas, and around 300 team members working to provide our clientele with a complete range of high-quality legal services in civil and commercial litigation, business law, and labour and employment law. With a reputation for excellence, the firm has received numerous distinctions in 2020, including being named Regional Law Firm of the Year in Canada by Chambers and Partners and ranking first among the Top 10 Quebec Regional Law Firms in Canadian Lawyer magazine. 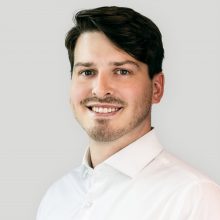