On September 1, 2022, the Quebec Court of Appeal handed down an important decision in Caisse populaire Desjardins de Saint-Raymond–Sainte-Catherine c. Girard.1 In a unanimous decision, the Court ruled that disability benefits received by an employee and paid by an insurer cannot be deducted from pay in lieu of notice, regardless of whether the employer pays all or part of the cost of the insurance premiums.

The employee began working as a manager at the Caisse populaire de Saint-Raymond-Sainte-Catherine (the “Caisse”) in April 2013. On April 17, 2014, as a result of a situation that was attributed to her authoritarian management style, she was sent home immediately to consider a proposed set of terms for her departure. She then fell into a severe depression and received disability benefits under her group insurance plan from April 22, 2014 to August 22, 2016. Meanwhile, on February 16, 2015, she was notified that the Caisse was terminating her employment. At the time, she had over 30 years of seniority with the Desjardins Group, including 20 years as a manager.

At first instance, the trial judge allowed the employee’s claims in part. He ordered the Caisse to provide her 24 months’ pay in lieu of notice, but decided that the employer-funded portion of the disability benefits received by the employee during the notice period should be deducted from this payment. Relying on a Supreme Court of Canada decision,2 he concluded that when an employer contributes to a group insurance plan, the benefits received by the employee should be deducted from termination pay in proportion to the employer’s contribution.

Of particular importance in this case is the question of whether the disability benefits received by the employee should have been deducted from the pay in lieu of notice. It is worth noting that most of the grounds of appeal of both parties were dismissed.

On the issue of the deduction of disability benefits, the Court of Appeal first noted that the debate concerns the application of section 1608 C.C.Q., which provides that “[t]he obligation of the debtor to pay damages to the creditor is neither reduced nor altered by the fact that the creditor receives a benefit from a third person, as a result of the injury he has suffered, except so far as the third person is subrogated to the rights of the creditor.”

The Court concluded that section 1608 C.C.Q. must apply “whenever an employee receives disability benefits from an insurer, regardless of whether the employer pays all or part of the cost of the insurance premiums”3 and that a contrary finding would have the effect of transforming disability insurance for the employee into a kind of insurance “that would protect the employer against the financial consequences of its obligation to give reasonable notice of termination.”4 The Court stated that the legislator’s intention was precisely not to relieve employers of their obligation to compensate employees for the harm they suffer when termination is without cause and the notice period is insufficient.

Furthermore, the Court stated that section 1608 C.C.Q. is not inapplicable merely because the cause of the harm suffered by the employee (in this case, the insufficient notice of termination) is different from the cause for which they are receiving disability benefits (in this case, a disability). Indeed, the legislator intended Section 1608 C.C.Q. to apply even when the benefits received by the employee serve a purpose other than to compensate for the harm suffered. Consequently, the Court reversed the trial judgment in part and held that there was no basis for deducting the disability benefits paid by the insurer to the employee.

It is important to note that the Court recognized that the situation would be quite different if the employer, instead of paying insurance premiums, paid the employee a salary or part of a salary in the event of disability. In such a case, the employee would not be receiving benefits from a third party; therefore, section 1608 C.C.Q. would not apply.

This Court of Appeal decision marks a major jurisprudential turning point in Quebec labour law. In the event of termination of employment, employers who pay all or part of the cost of a disability insurance plan for their employees must now be aware that any benefits received by an employee under that plan will not be deducted from the pay in lieu of notice that may be owed. In some cases, the sums involved could be significant.

However, the scope of this decision must be carefully considered. We question whether the same reasoning could be applied in cases of administrative dismissals for excessive absenteeism that occur after a prolonged period of disability. In those circumstances, it seems to us that arguments could be made to distinguish this situation from the one that was submitted to the Court of Appeal. 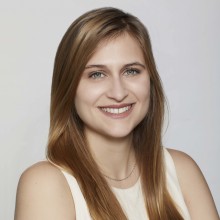