On December 3, 2021, in Otsuka Pharmaceutical Company Limited c. Pohoresky,1 the Superior Court of Québec (the Honourable Suzanne Courchesne) determined that it had jurisdiction to hear a class action brought by non-residents of Québec directed, in part, against foreign defendants (the “Foreign Defendants”). According to the Superior Court, the doctrine of forum of necessity codified at article 3136 of the Civil Code of Québec (the “C.C.Q.”) allowed Québec courts to hear the dispute with respect to the Foreign Defendants. This finding was based on a novel reading of article 3136 C.C.Q. in light of article 491, paragraph 2 of the Code of Civil Procedure (the “C.C.P.”).2

On September 12, 2022, the Québec Court of Appeal (the Honourable Simon Ruel, the Honourable Benoît Moore and the Honourable Frédéric Bachand) unanimously overturned the Superior Court judgment and ruled on the impact of article 491, para. 2 C.C.P. on the scope of jurisdiction under the doctrine of forum of necessity as set out in article 3136 C.C.Q.

The plaintiffs are seeking authorization to bring a class action regarding Rexulti, an atypical antipsychotic medication manufactured, tested and marketed by the six defendant companies. The plaintiffs allege that the defendants did not sufficiently disclose the serious side effects associated with the use of this drug.

Of the six defendant companies, only two are based in Québec. The Foreign Defendants are based in Japan, the United States and Denmark. The person who initially filed the application for authorization was a Québec resident. When that person withdrew from the case, they were replaced by the plaintiffs, who reside in Ontario.

Following this substitution, the Foreign Defendants challenged the Québec courts’ jurisdiction over them by way of a declinatory exception. They argued that Québec was not the appropriate forum to adjudicate claims by non-residents against foreign defendants regarding events giving rise to liability that occurred outside Québec.

The Superior Court determined that the conditions for authorizing the class action were satisfied. The Court therefore authorized the action against all the defendant companies for the benefit of a national class.

On the question of jurisdiction, the Superior Court rejected the declinatory exception raised by the Foreign Defendants. The Court first noted that none of the connecting factors of article 3148 C.C.Q. were established in this case. On the plaintiffs’ initiative, the Court then turned to article 3136 C.C.Q., which provides that a Québec authority that does not have jurisdiction to hear a dispute may still do so if (1) proceedings abroad prove impossible or the institution of proceedings abroad cannot reasonably be required and (2) the dispute has a sufficient connection with Québec. This article codifies the doctrine of forum of necessity.4

The Superior Court noted at the outset that the case law on article 3136 C.C.Q. assigns an exceptional character to the doctrine of forum of necessity in Québec law.5 However, the Court found that the adoption of the Code of Civil Procedure had modified the interpretation to be given to article 3136 C.C.Q., insofar as article 491, para. 2 C.C.P. provides that “[w]hen ruling on its international jurisdiction, the court considers the guiding principles of procedure in addition to the provisions of the Civil Code.”6 The Court therefore held that the principle of proportionality must be considered in the analysis of the application of the doctrine of forum of necessity, especially since this principle mirrors the main objectives of a class action: to facilitate access to justice, to modify harmful behaviour, and to conserve judicial resources.7

In the context of the proposed class action, the Superior Court found that the allegations made by the plaintiffs established a sufficient connection between their action and Québec, since the wrongs allegedly committed by the Foreign Defendants were inextricably linked to those allegedly committed by the Canadian defendants (who would fall under the jurisdiction of Québec authorities).8

The Superior Court added that, in light of the principle of proportionality and the objectives of class actions, it would be unreasonable to require class members residing outside Québec to bring actions in other jurisdictions.

As for class members who reside in Québec, they would be deprived of their recourse against the Foreign Defendants if the declinatory exception was granted. In light of its analysis, the Superior Court ruled that it had jurisdiction to hear all aspects of the proposed class action.9

The decision of the Québec Court of Appeal10

The Foreign Defendants sought and obtained leave to appeal the Superior Court decision on February 16, 2022.11 On September 12, 2022, the Court of Appeal unanimously ruled in their favour.

The Court of Appeal found that the trial judge erred in holding that the effect of article 491, para. 2 C.C.P. is to allow a Québec authority to assume jurisdiction over a case with minimal connection to Québec solely on the basis that it would allow the plaintiff “to make more proportionate use of its energy and resources.”12 According to the Court of Appeal, such a finding would clearly be at odds with the raison d’être of the doctrine of forum of necessity, the exceptional application of which is meant to avoid miscarriages of justice.13

In this regard, the Court of Appeal added that the adoption of the reasoning proposed by the Superior Court would complicate debates on the international jurisdiction of Québec authorities, because it would normalize the submission of alternative grounds based on considerations of proportionality.14

The Court of Appeal noted, however, that “the additional challenges (costs, delays, inconveniences, etc.) that a plaintiff would face if forced to bring its action abroad”15 may in some cases justify the application of the doctrine of forum of necessity. In particular, the Court of Appeal referred to the plight of less fortunate or vulnerable persons for whom the obligation to bring an action abroad would constitute a real miscarriage of justice.

Applying this reasoning to the appeal, the Court concluded that requiring the respondents to sue the Foreign Defendants in Ontario would not jeopardize their recourse against these defendants. In the absence of a risk of miscarriage of justice, the Superior Court should therefore have declined jurisdiction.

The decision of the Québec Court of Appeal clarifies the application of the doctrine of forum of necessity as codified in article 3136 C.C.Q. This doctrine will only be applied in certain cases (i.e., those involving less fortunate or vulnerable persons) when supported by a sufficient factual record.

The authors would like to thank articling student Alix Casgrain for her assistance in drafting this article. 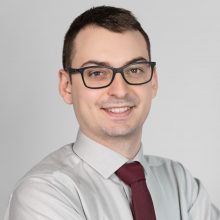