Home > Publications > Articles > The Charter of the French Language and commercial display of your trademarks: major changes ahead

The Charter of the French Language and commercial display of your trademarks: major changes ahead

On June 1, 2022 the Government of Québec formally enacted the bill entitled An Act respecting French, the official and common language of Québec, (“Bill 96”), which amends the Charter of the French Language (the “Charter”), commonly known as Bill 101. This reform covers many aspects of society, and the area of trademarks is no exception. Significant changes are coming to the exception for public signs and posters in a language other than French for all business operating in Québec.

These changes to the trademark exception for signage will come into effect on June 1, 2025. Any company that wants to continue making use of this exception for the packaging of its products sold to Québec consumers and for its commercial advertising in Québec will have to register its trademarks in the trademark register by that date.

The current version of the Regulation respecting the language of commerce and business1(“the Regulation”) states that a trademark defined as a “recognized trademark within the meaning of the Trademarks Act” (“TMA”) may appear exclusively in a language other than French (1) on a product and (2) on the public signs and posters and in commercial advertising of businesses operating in Québec, “unless a French version has been registered.”2

In recent years the courts have been called upon to rule on the scope of the trademark exception for commercial signs that do not have generic French terms.3 Faced with the insistence of the Office québécois de la langue française that such generic terms be included, retail giants had questioned the scope of s. 25(4) of the Regulation, which sets out the exception for commercial signs and posters, before the courts. In 2015 the Court of Appeal upheld the exception for a “recognized” trademark within the meaning of the TMA and confirmed that the commercial signs and posters of Best Buy, Costco, Toys “R” Us and other retailers that contained no French generic terms did not violate the Charter. The Court of Appeal did not, however, have to analyze what the Regulation meant by a “recognized” trademark, since all the trademarks alleged by the plaintiffs in that case were duly registered in the trademarks register.

After that Court of Appeal decision came out the government amended the Regulation to introduce the obligation to ensure a sufficient presence of French in the exterior signage of a building on which a trademark is displayed in another language. Section 25.1 of the Regulation now requires that a trademark displayed in another language be accompanied by a generic term or a description of the products and services concerned, a slogan, or other term or indication in French.

Bill 96 changes the current balance of the Regulation with respect to trademarks. The words “recognized within the meaning of the TMA” are now replaced by “a registered trademark within the meaning of the TMA,” both for markings on products sold to consumers and for commercial signs and posters. The amendments introduced by Bill 96 will therefore impose a new burden on companies that wish to benefit from the French-language signage exception, that of having a trademark that is duly registered in the trademarks register; there is no such obligation in the current Regulation.

This is particularly problematic for owners of trademarks that are already in use but for which no application has been made to the register. It seems clear that, starting on June 1, 2025, any company displaying an unregistered trademark in a language other than French on its storefront would no longer be able to avail itself of the exception. It is also problematic for trademarks that are intended to be used in the near future. In fact, the current administrative delays at the Registrar’s office are such that it takes more than two years from the time an application is filed to the time registration status is obtained, assuming that no obstacles are encountered along the way. It therefore seems that retailers could not display such trademarks in another language until they were duly registered.

Bill 96 also broadens the scope of the current requirement in the Regulation that there be a French version of the trademark. The current version of the Regulation uses the word “registered,” suggesting that the exception cannot be used for a trademark if a French version has been registered. Bill 96 changes the language to require that “no corresponding French version appears in the register kept according to that Act.” The phrase “appears in the register” is vague and suggests that the mere fact of having applied for registration of the French version of a trademark at any time, regardless of the current status of the application, would preclude the owner from claiming the French signage exception.

In light of these new rules, retailers doing business in Québec would clearly be well advised to update and audit the portfolios of trademarks used in their products, public signage or commercial advertising before June 1, 2025. 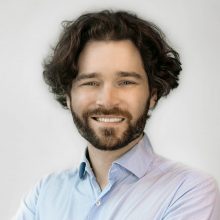