Home > Publications > Articles > Reform of the Code of Civil Procedure: an update

Reform of the Code of Civil Procedure: an update

On September 29, 2011, Québec’s Justice Minister, Jean-Marc Fournier, tabled a Draft Bill to enact the new Code of Civil Procedure, which heralds a major reform in this area. The final draft of the bill is to be submitted for approval this fall; in the meantime, interested parties may submit their thoughts and comments.

The primary goals of the reform are to modernize the rules of procedure and facilitate access to justice by simplifying the judicial process and reducing costs. To achieve these aims, several avenues are being proposed:

The most significant changes

Now let’s take a more detailed look at some of the proposed changes that will inevitably have an impact on current practice.

The maximum amount that can be litigated in the small claims division is to be increased to $10,000 from the current $7,000, and then to $15,000 as of the third year after the new Code comes into force.

This is a useful initiative in terms of access to justice and will certainly impact favourably on the legal fees and disbursements payable by both corporate entities and individuals, who will not have to retain the services of lawyers or outside counsel as frequently.

Pre-trial examinations are currently allowed in all cases where the amount in dispute is at least $25,000[x].

Under the new Code, the right to examine before trial is more limited, and will depend on the nature of the dispute and the amount at issue. The maximum length of examinations is to be determined at a case-management conference, the parties will have to justify the need to conduct one, there will no longer be any interruptions in order to resolve objections, and either party will be able to file the transcript of the examination into evidence.

The proposed limits are for the most part desirable from an efficiency standpoint, as very often the number, length and scope of such examinations, plus the time spent dealing with objections, considerably slows down the progress of the case. We are concerned however about the proposed right of either party to file a pre-trial examination transcript into evidence, as it risks compromising the exploratory purpose of such examinations and hence their usefulness.

Restrictions on the use of experts

The proposed restrictions on the use of experts are in keeping with the new Code’s emphasis on the proportionality principle.

The role of the expert is by definition to be “to enlighten the court” on a given issue in an independent manner. A party may only retain one expert per area of expertise[xi] and all parties are encouraged to jointly use the same expert.

The new Code also provides that at any stage of the proceedings the court, even on its own initiative, can order that joint evidence be filed “if necessary to uphold the principle of proportionality”[xii].

The new Code also provides that an expert’s report can take the place of his or her testimony at trial[xiii].

This proposed measure is being strongly criticized by many observers, as it risks compromising the testing of the expert’s credibility under cross-examination regarding the content of the report.

While the new Code, like the current one, provides that the parties have control over their case, this control will henceforth be “subject to the duty of the courts to ensure proper case management and the smooth conduct of proceedings”[xiv].

Through this significant change, the new Code will give judges a much more active role.

The case protocol must be submitted to the court for approval, and the court may, upon request or on its own initiative, modify it or make such decisions as ordering the use of a joint expert, determining the conditions applicable to examinations, or ordering that the defence be oral[xvi].

It should be mentioned in this regard that pilot projects have been conducted in some districts and their results used in developing these new rules. The pilot projects were apparently much appreciated by the participants and seem to have improved the efficiency of the judicial process.

While it is true that the Draft Bill to enact the new Code of Civil Procedure can and almost certainly will be modified before it comes into force, there is no denying that the tone has been set.

Simplification of legal proceedings and reduction of costs appear destined to remain at the heart of the reform, and in our view this is both worthwhile and necessary, to the extent that the quality of our justice system is not compromised in the process.

We will of course be monitoring this draft legislation closely and will keep you informed of developments. 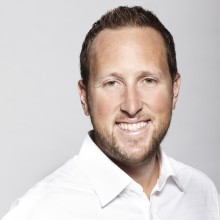