During the brief parliamentary session that ended on December 7, the Minister for Health and Social Services, Mr. Lionel Carmant, tabled a bill before the National Assembly entitled An Act to tighten the regulation of cannabis.

It should be noted that this bill, tabled December 5, is Bill no. 2 of the 1st Session of the 42nd Legislature, which indicates that it is a priority for the newly elected Government of Québec.

The Bill first of all aims to raise the minimum age required to buy or possess cannabis, or to be admitted to a cannabis retail outlet, to 21 years. This would make Quebec one of the most restrictive jurisdictions in Canada in this regard. Questioned on this aspect of the Bill during the parliamentary debates, Minister Carmant insisted on his experience as a doctor, as well as his conviction, that consuming cannabis during adolescence can have harmful mental health effects.

The Bill also adds young people between the ages of 18 and 20 to those persons who are prohibited from possessing or giving cannabis.

Further targeting young people, the Bill tightens the scope of the rules applicable to cannabis possession, by providing that it is prohibited to possess cannabis on the grounds or premises or in the buildings of a college or university-level educational institution, except university residences. It should be noted however that persons on their way to or from a place situated off the university grounds may have a legally permissible amount of cannabis in their possession.

In response to concerns expressed by several Quebec municipalities and in order to make the regulatory framework for cannabis use uniform across the entire province, the government proposes in the bill to supplement the prohibitions on smoking cannabis already provided for in the Cannabis Regulation Act adopted in June 2018. It would thus be prohibited to smoke cannabis on public roads, on the grounds of enclosed spaces where smoking is currently prohibited, as well as all in other outdoor places that are open to the public. Certain exceptions have been provided for, such as where a building comprises both an enclosed space where cannabis smoking is prohibited and a private residence. In such cases, the prohibition does not apply to any part of the building’s grounds that is reserved for the exclusive use of persons living in the residence. An example of this would be a residence attached to a community hall open to the public.

In order to respond to criticisms that followed the emplacement of certain points of sale of the State monopoly cannabis retailer, the Société québécoise du cannabis (SQDC), the bill also provides that it will be prohibited for the SQDC to operate a retail outlet less than 250 metres from any educational institution in Quebec, including colleges and universities.

While the government shows every indication of being determined to adopt this bill as tabled, it is reasonable to suppose that at the very outset of its mandate, it will be sensitive to criticism on the foregoing issues, particularly the impact of increasing the legal age on the propensity of young people of legal age in all other respects to resort to the black market in order to procure cannabis.

If you have any questions regarding this draft legislation or would like to have a better understanding of the parliamentary consultation process on Bill 2, please feel free to contact one of our experts. 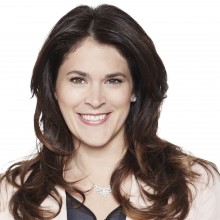