In 2016 the Council of Canadians with Disabilities (CCD), a not-for-profit advocacy organization for persons with disabilities in Canada, and two individual plaintiffs filed a claim before the Supreme Court of British Columbia challenging the constitutionality of provisions in the provincial law that allowed physicians to administer psychiatric treatment to patients with mental disabilities without their consent or the consent of a designated substitute (the “Provisions”).3

The two individual plaintiffs withdrew their claim in 2017. CCD applied to the B.C. Supreme Court for “public interest standing” (the right to appear) so it could pursue the constitutional challenge on its own. The Attorney General objected, and the court ruled in his favour.

The Court of Appeal overturned the decision on the ground that the court erred by not putting enough emphasis on the principles of access to justice and legality when applying the analytical framework of Downtown Eastside, and by requiring that the application be based on facts specific to an individual plaintiff. It sent the case back to the B.C. Supreme Court for reconsideration. The Attorney General appealed to the Supreme Court of Canada.

Overview of the appeal to the Supreme Court of Canada

The Supreme Court of Canada granted CCD public interest standing in this case. The appeal was primarily an opportunity for the Court to revisit the framework set out in Downtown Eastside and to determine (1) whether the principles of access to justice and legality should be given greater weight in the analysis and (2) how a party can demonstrate a sufficiently concrete and well-developed factual setting in the absence of an individual co-plaintiff.

First, the Court reaffirmed the factors4 that must guide the Court in granting public interest standing: (1) whether the case raises a serious justiciable issue (2) whether the party brining the action has a genuine interest in the matter (3) whether the proposed suit is a reasonable and effective means of bringing the case to court.

The Court stated that all three factors must be weighed together “purposively,”5 and reiterated the precepts of the Downtown Eastside decision. The Court pointed out that each factor must be weighed in light of the objectives aimed at limiting public interest standing: (1) efficiently allocating scarce judicial resources and screening out “busybody” litigants; (2) ensuring that the courts will properly hear the contending points of view of those most directly affected; and (3) ensuring that the courts play their proper role in our democratic system of government.6

Additional objectives that justify granting standing are also to be considered. They are twofold: (1) giving full effect to the principle of legality and (2) ensuring access to the courts or, more broadly, access to justice.7

In each case, the courts must exercise their discretion in order to strike a balance among all these objectives.8

The Court determined that the B.C. Court of Appeal erred in giving greater weight to these principles when it applied the factors of the Downtown Eastside decision. Courts must be guided by all the objectives listed above:9

[…] While access to justice and, in particular, legality were central to the development of the law of public interest standing, and while they are important considerations, they are not the only concerns to take into account. Put another way, no one purpose, principle or factor takes precedence in the analysis.

This demonstration is an intrinsic part of the third factor in the Downtown Eastside decision: is the proposed lawsuit a reasonable and effective way to bring the case before the Court? To answer this question, a court will consider the plaintiff’s capacity to initiate the lawsuit, which includes their ability to present a sufficiently concrete and complete factual setting.10

The Court noted that requiring the presence of an individual co-plaintiff would undermine the objectives listed above, particularly access to justice and the principle of legality.11 It pointed out that the burden on the plaintiff to demonstrate a sufficiently concrete and well developed factual setting “will depend on the stage of the dispute, the nature and the context of the case and the pleadings.”12 A plaintiff who is not directly affected could also demonstrate that they intend to call witnesses to testify, enter into undertakings (this sounds odd) and present evidence.13

While reiterating that courts retain the discretion to reconsider the public interest standing of a plaintiff during the Court stated that this must not allow the opposing party to challenge the plaintiff’s standing at any time.14 It is to be reconsidered only if a “material change […] raises a serious doubt about the forthcoming nature of a sufficiently concrete and well-developed factual setting, and alternative litigation management strategies are inadequate to address the deficiency.”15

This decision leaves the law on this issue unchanged. While some have questioned the usefulness of the “public interest” concept in an era of class actions – a procedural vehicle that facilitates access to justice – it should be noted that the Court, when considering the third factor in the Downtown Eastside decision, stated:

[113] Although the class action is relevant, it is not determinative (Downtown Eastside, para. 67). In my view, CCD provides two compelling reasons to support its argument that its claim is a reasonable and effective means of bringing the issue before the court despite this parallel proceeding.

[114] First, the class action is rife with unknowns: the record does not confirm that the proceeding has been certified. Even if it is certified, the certified common issues may not address the constitutionality of the impugned provisions. There is no information about the evidence that is to be adduced in the proposed class proceeding. In any case, the primary focus of such proceedings is to obtain damages, which often leads to settlements rather than rulings on alleged Charter violations. As a result, I cannot conclude that the class action represents a more efficient and effective means of resolving the Charter issues raised by CCD.

The authors would like to thank Gabriel Auger Pinsonneault, law student, for his assistance in drafting this article. 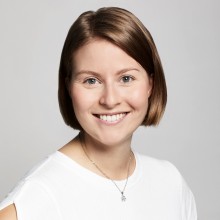