Home > Publications > Articles > Is it possible to seek legal recourse under a pseudonym?

Is it possible to seek legal recourse under a pseudonym?

This article is a modified version of a commentary originally published by Éditions Yvon Blais in July 2020 (EYB2020BRH2319).

When parties bring a civil suit to court, not only are their identities made public, but aspects of their private lives are sometimes laid bare. However, there are some circumstances that warrant an exception to the open court principle, as confirmed by the Court of Appeal in S. v. Lamontagne.1

In this case, the appellant—acting anonymously—petitioned the Superior Court for a permanent injunction and damages from the continuous harassment he claimed to have suffered at the hands of the respondent.

The parties were in a relationship for many months. After the appellant ended it, the respondent allegedly sent the appellant’s family and friends links to websites on which the appellant had posted nude images of himself without showing his face. The appellant claims to have suffered extreme embarrassment ever since.

Five months after filing the petition, the appellant requested the Superior Court’s permission to continue the proceedings without disclosing his identity. He asked for a publication ban on his identity and that of his family. During proceedings, the appellant did admit to having an interest in fetishism and exposing himself on websites using nude photos and videos. However, he professed a desire to keep his sexual orientation and practices—which are at the heart of the dispute—confidential.

The trial judge ruled that the appellant had not met the burden of proof and denied his application.2

However, the Court of Appeal concluded that the trial judge had made certain palpable and overriding errors. On the one hand, the judge failed to consider the risk of undermining litigants’ confidence in the administration of justice: if an individual had to renounce his or her fundamental rights in order to avoid the consequences of disclosing his or her identity, confidence would inevitably be undermined.

On the other hand, the Court indicated that the beneficial effects of the order sought by the appellant outweigh the harmful consequences that might result from it, since the court proceedings and hearings will remain accessible to the public and the media. The anonymity order thus represents the least intrusive measure to the principle of open court.

Commentary:  For a person to be allowed to present himself in court under a pseudonym or his initials, the disclosure of his identity must pose a risk of harm that goes beyond the purely personal sphere.3 An anonymity order must serve a broader interest, one that the courts have described as the “public interest in confidentiality”.4

The decision at hand is a good illustration of this type of exceptional situation where the harm goes far beyond putting someone in an uncomfortable position. Had the anonymity order not been granted in the present case, the appellant’s pursuit of a legal remedy would have placed him in an untenable position: having to disclose the same private information that he reproaches the respondent for having shared in breach of his right to privacy.

Non-disclosure orders are usually issued in situations where the facts under review belong to the private sphere and would likely result in some form of stigmatization, discrimination or ostracism. For instance, the courts previously ruled that societal values take precedence over the openness of legal proceedings in cases related to physician-assisted dying.5 Similarly, the stigmatization of relatives has been deemed a type of easily preventable harm to a party whose medical condition is negatively perceived  by his community.6

The decision in S. v. Lamontagne reminds us that a person’s decision to share personal—even intimate—information on the internet does not mean that he or she has renounced any right to privacy. When deciding whether to modulate the open court principle, courts must distinguish between the public and private spheres. This delicate exercise depends on the facts and circumstances of each case. We can expect that future case law will help establish more precise guidelines in such matters. 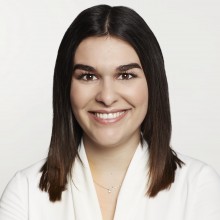