In a voluminous 87-page decision, the Court of Quebec recently overturned a review decision by the Minister of Energy and Natural Resources (hereinafter the Minister). The Court returned the case to the Minister to decide on Gaspé Énergies’ application for authorization to conduct exploratory drilling, taking into account the Court’s reasons for judgment, which found section 23 of the Regulation respecting petroleum exploration, production and storage on land (hereinafter the Regulation) to be inoperative. The decision also found that the reasons for the Minister’s review decision were insufficient.

This decision relates to the Galt project: a light oil production project located in a forested area approximately 20 kilometres from the city of Gaspé. On October 7, 2020, Gaspé Énergies was granted an oil and natural gas exploration licence by assignment from a sister company, which was authorized by the Minister. On February 25, 2020, Gaspé Énergies applied to the Minister for authorization to carry out onshore exploratory drilling in accordance with the Regulation. Between May and July 2020, Gaspé Énergies filed several documents in support of its application for authorization to the Minister, including a technical-environmental study analyzing, among other things, the environmental constraints, the proposed mitigation measures and the low residual risks identified. It is important to note that this is the first application of its kind under the new Petroleum Resources Act.

Based on the technical-environmental study, which was found to be complete and satisfactory, two deputy ministerial notes recommended that the authorization be granted. In addition, the engineers, advisors and the Director of the Bureau des hydrocarbures [Our translation: the Hydrocarbons Office], as well as the Director General of Hydrocarbons and Biofuels, unanimously recommended that the authorization be granted. However, political considerations emerged from the Minister’s office as the decision was about to be made. Indeed, at that time, the government was positioning itself to make Quebec a leader in renewable energy and electrification by adopting a Plan for a Green Economy.

On October 13, 2020, in a short letter, the Minister refused to grant authorization to Gaspé Énergies based on section 23 of the Regulation, on the grounds that there were still risks to the integrity and conservation of the water environment. On October 20, 2020, in further correspondence, the Minister denied Gaspé Énergies’ request for review by simply reiterating the reasons stated in the first letter. On October 29, an application to institute proceedings to contest the Minister’s review decision was filed with the Court of Quebec.

This decision is also interesting with respect to the Minister’s duty to give reasons when rendering an unfavourable decision to a citizen. In a context where, among other things, complex technical and scientific concepts are at stake and where the citizen has invested substantial effort and resources in the process, the Minister must clearly state the reasons for his decision. In this case, the Court of Quebec found that the Minister did not provide sufficient reasons for his decision. As mentioned above, the Minister simply refused the request, indicating that there were still risks to the integrity and conservation of the water environment. However, the citizen could have expected the Minister to refute the content of his technical-environmental study by specifying the remaining risks, their significance, the way to mitigate them and the standards that were applied in the decision-making process. In any event, the wording of the decision did not enable Gaspé Énergies to understand why the application was denied, nor what additional modifications or verifications could be made to obtain the desired authorization.

Having found that the Minister’s decision was based on an inoperative section and that he provided insufficient reasons, the Court of Quebec considered it irrelevant to consider the other arguments submitted by Gaspé Énergies.

It will be very interesting to watch the government’s response to this unfavourable decision. Last September, the government announced that it was considering the option of permanently ending oil and gas exploration and production in Quebec. What will happen to Gaspé Énergies’ application? Will there be any legislative or regulatory changes in the near future? Many questions remain unanswered at this time.

In conclusion, it should be noted that Ressources Québec inc., a subsidiary of Investissement Québec, acquired in 2017—and still owns—a 17% interest in the Galt project. 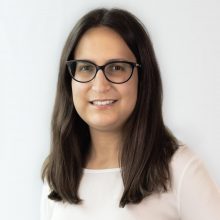 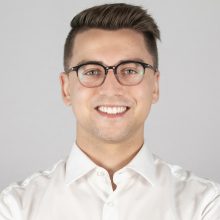