While in the employ of Natcan, the plaintiffs had the opportunity to participate in an employee share purchase plan that allowed them to acquire shares in 9130-1564 Québec Inc. (“9130”), a company created for the sole purpose of holding Natcan’s shares.

Being a shareholder of 9130 thus allowed the plaintiffs, through annual dividends, to share in the profits generated by Natcan’s activities, profits which depended in large part on the efforts and performance of the plaintiffs.

The unanimous shareholder agreement of 9130 (the “Agreement”) was at the core of the lawsuit. It provided that the holders’ shares could be purchased at any time by NBI or NBC at the sole discretion of the directors of 9130. In that event, the Agreement provided that the shares were to be sold at book value as determined on the basis of the monthly financial statements of 9130 for the month immediately preceding the exercise of the offer to purchase.

In the context of a $309 million share purchase transaction being concluded between Natcan and Fiera Sceptre Inc. (the “Transaction”), the directors of 9130 adopted a resolution allowing NBI to acquire the shares held by the plaintiffs for their book value during the month preceding the exercise of the offer to purchase.

According to the plaintiffs, the directors of 9130 abused their rights under the Agreement, as t the Transaction was imminent and consequently, the exercise of the option to purchase by NBI would have the effect of violating the plaintiffs’ right to be able to benefit from the value of the shares upon the consummation of the Transaction.

The trial judge dismissed the plaintiffs’ suit on the basis that they could not have had a “reasonable expectation” of obtaining the market value of their shares when the Agreement was signed. The terms of the employee share purchase plan and of the Agreement were free of any ambiguity regarding the parties’ intentions. The purpose of the plan and Agreement was to allow employees to share in the yearly profits generated by Natcan, based on their performance during the year, rather than to profit from an eventual acquisition of Natcan.

On appeal, the plaintiffs maintained that the trial judge had not taken into account their argument that in virtue of the obligation of good faith, NBI should have purchased the shares of 9130 for their market value upon the conclusion of the Transaction.

The Court of Appeal rejected that argument, on the basis that the plaintiffs could not use the oppression-remedy right of action under sections 450 to 453 of the QBCA to circumvent the terms of a contractual agreement to which they had given their free and informed consent. The Court accordingly upheld the trial judgment, finding that NBI’s acquisition of the shares of 9130 was done in accordance with the provisions of the Agreement.

Under Quebec law, before the introduction of sections 450 to 453 of the QBCA, an oppression remedy could be pursued under articles 33 and 46 of the previous Code of Civil Procedure. In such a proceeding, the plaintiff had to prove abuse of right, failure to act in good faith or commission of a fault. Thus, in an action brought pursuant to those articles, the court had to examine the obligation of good faith in the context of an oppression remedy.

In the instant case, while the action was instituted under the QCBA, the plaintiffs tried to make an argument that obviated the criterion of reasonable expectation, by maintaining that even though they had no reasonable expectation of having their shares purchased for their market value, they should have received market value for them because of the directors’ obligation to act in good faith1.

This decision thus confirms that the obligation of good faith cannot be considered separately from the criterion of reasonable expectation and the provisions of a contract freely agreed to by the parties.

On March 16, 2018, an Application for leave to appeal to the Supreme Court of Canada has been filed by Plaintiffs. It will be interesting to see if the Supreme Court will accept to hear the appeal of the present matter. 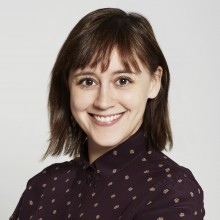