Home > Publications > Articles > Managing Problem Employees: Should an Administrative or a Disciplinary Measure Be Applied?

Managing Problem Employees: Should an Administrative or a Disciplinary Measure Be Applied?

Employers regularly have to deal with issues involving problem employees, such as persistent absenteeism, inappropriate behaviour or substandard work. Employers often have to intervene to ensure that their organizations function properly.

Such interventions, which can go so far as terminating the employment relationship, are often made when taking action seems urgent or when other matters may overshadow their importance, which can increase the risk of dismissed employees successfully contesting their firing and even obtaining substantial awards of damages.

In this context, a fundamental distinction must be made between disciplinary measures and non-disciplinary (or administrative) measures, as this distinction can have concrete impacts on both how the employees concerned are dealt with and the outcome of any recourses they may pursue.

It is thus very much in the employer’s interest to learn how to correctly characterize their employees’ failings before imposing any type of sanction.

A “disciplinary” measure (generally the kind most frequently applied by employers) can be defined as a management measure taken against an employee who is prone to misconduct that is deliberate and can potentially be corrected. An “administrative” measure is appropriate in cases where the employee’s undesirable behaviour is not voluntary or deliberate.

In addition, in more practical terms, this distinction entails that an administrative intervention must follow a process that is quite different from that of a disciplinary intervention1.

By the same token, an administrative measure can have concrete and appreciable advantages over a disciplinary measure, in light of considerations such as the concept of fault, the principle of escalating sanctions, amnesty clauses in collective agreements and the powers of the courts to intervene.

Moreover, recent case law has opened the door to the increasingly frequent use of administrative measures in instances of problematic behaviour that otherwise would have appeared to call for disciplinary measures (for example, in situations involving inter-personal relations or lack of respect for superiors).

All in all, contrary to the popular saying, this is not an area where the end justifies the means. 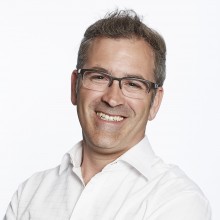