There is no shortage of challenges for the 40 professional orders in Quebec. And now the professional community can learn more about issues that may affect them, in the special edition on professional orders of Les Affaires published on October 14, 2017, in which the expertise of Ariane-Sophie Blais, a litigation practitioner at the firm, is featured in three separate articles.

In an article entitled La protection du public au cœur des enjeux, Ariane-Sopine points out that while no law can guarantee a reduction in the number of infractions committed by professionals or complaints filed against them, the new Professional Code introduces more dissuasive sanctions for certain infractions, including those of a sexual nature, and gives increased surveillance powers to the Office des professions, which can now investigate a professional order without having to seek the authorization of a government minister.

In a second article, entitled Gérer l’après-Charbonneau, Ariane-Sophie explains that following the proceedings of the Charbonneau Commission on corruption and collusion in the construction industry, several orders have taken it upon themselves to increase the number of inspections, which has required them to hire additional personnel.

Finally, in the third article, entitled La gouvernance au cœur du Code des professions, Ariane-Sophie points out that directors and officers of a professional order are now obliged to take training courses on deontology, ethics, and their role as members of a disciplinary council, in order to better prepare them for the duties of their office.

To view the PDF version of the articles, available in French only, click here. 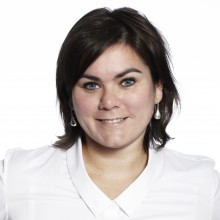