On May 17, 2018 the Quebec Court of Appeal rendered an important decision on the enforcement of real security and on prescription (limitation of actions).

In its decision in Young v. Banque Toronto Dominion, the Court of Appeal overturned a Superior Court decision that allowed an action for the forced surrender of property and taking in payment instituted against the owners of a building (Young) who were not personally liable for the indebtedness towards the bank creditor.

The facts of the case are relatively straightforward.

At the same time, the Debtor contracted a loan from Young (the “Appellants”) secured by a second-ranking hypothec on the building.

Following a default in payment by the Debtor, the Appellants exercised their right to take the Debtor’s building in payment of the outstanding debt, thereby becoming owners of the building, which was still charged with the hypothec in favour of TD.

On July 10, 2012 TD served, on the Appellants only, a second notice of intention to enforce its security and take the building in payment.

In August 2012, the Appellants applied for a declaratory judgment to have TD’s hypothec declared extinguished due to novation and to have it struck from the Land Register.

In October 2012 TD filed its action for the forced surrender of the building and for taking it in payment. It served the originating application on the Appellants only, electing not to proceed against the Debtor in its strictly hypothecary action. She was not served any notice of the proceedings whatsoever, having apparently moved to an unknown address in the United States.

The hearing before the Superior Court took place on November 2, 2015 and judgment was rendered on February 19, 2016. The judge allowed the hypothecary action and declared TD the owner of the building.

At the hearing before the Court of Appeal the Appellants argued that TD’s claim against the Debtor was prescribed (time-barred) since, in its notice of intention of July 10, 2012, TD invoked the loss of the benefit of the term but had not instituted legal proceedings against the Debtor.

The Court of Appeal agreed. Basing itself essentially on articles 2892 and 2896 of the Civil Code of Québec, the Court opined that in order to interrupt prescription, the judicial application must be served on the person to be prevented from prescribing.

The Court of Appeal concluded, based on the fact that in its July 10, 2012 notice of intention to enforce its security, TD invoked the loss of the benefit of the term and claimed all outstanding amounts due to it, that this was the starting point of the three-year prescription period, such that when its action was heard in November 2015, its claim against the Debtor was already prescribed and its hypothec, which was merely an accessory to the claim, had been extinguished.

This case highlights the importance of always serving the proceedings on the original debtor together with all other parties targeted by the proceedings, in order to interrupt prescription against each of them.

The fact that the building was sold without assumption of the debt, and that a taking-in-payment was effected by a subsequent creditor, does not dispense a financial institution from having to serve hypothecary enforcement proceedings on both the principal debtor and the owner of the hypothecated property. 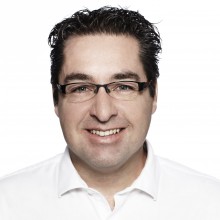