Home > Publications > Articles > Inaction May Be Fatal to the Insured

Inaction May Be Fatal to the Insured

In order to fulfill its obligations, the insured must be proactive in its relationship with the insurer. As a general rule, it must voluntarily disclose relevant information regarding the risk or the loss, and act in such a way that materialization of the risk remains unpredictable.

Two recent decisions focus on the insured’s conduct towards the insurer, before and after the occurrence of a loss. These cases bring to light situations where the insured could well forfeit its right to indemnification due to its own inaction.

In the matter of 9145-4025 Québec Inc. v. Royal & Sun Alliance du Canada1, the insurer refused to indemnify the insured (the plaintiff) on the grounds that the plaintiff failed to disclose circumstances aggravating the risk which it knew or should have known of.

The plaintiff claimed indemnification from the insured following a fire that completely destroyed its commercial building. All indications were that the cause of the fire was attributable to the cultivation of marijuana by one of the building’s tenants.

While the plaintiff acknowledged that it harboured suspicions about the tenant’s activities, it chose not to investigate: it asked no questions and did not seek to enter the leased premises.

The Court concluded that the plaintiff was guilty of wilful blindness tantamount to a lack of good faith. To be entitled to indemnification, the plaintiff should not have remained passive but taken at least a modicum of initiative, which it chose not to do. Consequently, the insurer was justified in refusing to indemnify it.

Comment: An insured cannot deliberately ignore a problem and not expect to have its inaction set up against it by the insurer. Confronted with questionable if not patently suspicious circumstances surrounding the activities of a tenant, a passive attitude on the part of the insured, coupled with wilful blindness, will preclude it from pleading ignorance or good faith.

In the matter of Gilbert v. Assurances Groupe Axa2, Gilbert, the plaintiff, sued his insurer for having taken too long to indemnify him for losses resulting from an electrical failure at the dairy farm he operated. He claimed all damages in connection with the cessation of the farm’s operations.

The Court of Appeal examined the causal link between the insurer’s alleged fault and the damages being claimed. It concluded that the insurer was not at fault in the way it managed the claim, and indicated that Gilbert had the burden of proving that he had taken all necessary measures to minimize his damages.

However Gilbert, who had grown apprehensive about the health of his cows, decided some three weeks after the loss to cease operating his dairy farm and he then sold his entire herd at auction, at a significantly discounted price, without notifying his insurer beforehand.

The evidence showed that Gilbert failed to take the necessary measures to ensure the health of his livestock, which was at risk due to problems that had been identified several months previously.

Gilbert was found to have significantly aggravated his loss by not taking proper care of his herd. Had he done so, the insurer would have indemnified him in due course and he could have carried on his farming activities without sustaining such extensive damages.

Comment: It is clear from the case law3 that the insured must diligently continue to carry on its business without waiting for the insurer to take a position on whether or not to indemnify it following a loss. For by letting the post-loss situation deteriorate, the insured thereby aggravates the damages, and the insurer is bound only to indemnify it for the damages as they stood on the day of the loss or as they subsequently accumulated as a direct result of the loss.

Irreproachable and proactive conduct on the part of the insured will allow it to avoid the serious consequences of forfeiting its right to indemnification. 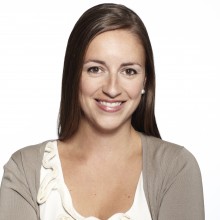