On January 12, 2011, Langlois Kronström Desjardins was successful in an important and complex case brought before the Superior Court of Quebec. Our firm represented the Defendants in this matter involving a dispute between shareholders of a family holding company. The amount at stake in this matter largely exceeded one hundred million dollars. The Court upheld substantially all of the arguments put forward by Langlois Kronström Desjardins, thereby namely dismissing the Plaintiffs’ action for the transfer of assets by way of permanent injunction and for damages.

In their lawsuit, the Plaintiffs (forming one part of the family) were attacking a series of eleven transactions which had been entered into over a thirty year time period. They advanced their claims in contractual liability and directors’ liability by way of derivative action and, subsidiarily, by way of personal action.

We are pleased with the fact that the grounds of defence argued by our firm’s litigation team, comprised of Gerry Apostolatos, Stefan Chripounoff and David Drouin-Lê, were in large part maintained by the Court. 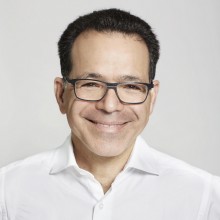