Home > Publications > Articles > What is the impact of the COVID-19 crisis on your professional and ethical obligations?

What is the impact of the COVID-19 crisis on your professional and ethical obligations?

The COVID-19 crisis could very well lead syndics, or investigating officers, to conduct disciplinary investigations into any suspicious behaviour engaged in by professionals during the crisis, and even to file disciplinary complaints. However, what is the impact of force majeure or limitation of liability clauses on a professional’s ethical obligations?

Force majeure has already been raised as a defence in disciplinary matters but was rejected in the reported cases. Force majeure, as defined in article 1470 of the Civil Code of Quebec, is an unforeseeable and uncontrollable event that makes it absolutely impossible to fulfill an obligation.

Force majeure will generally not constitute a defence in disciplinary matters where the protection of the public is the primary goal. However, given the unprecedented nature of the current crisis, determining whether COVID-19 could be an element of force majeure, and therefore a defence to a disciplinary offence, will depend on the facts of each case. That being said, while it is certainly possible to argue that the COVID-19 crisis was unforeseeable and uncontrollable in February or March 2020, that is certainly not the case now. The pandemic is now a fact of life for all Quebec professionals, who have a responsibility to take the necessary steps to adapt their practice to this new reality. The consequences of COVID-19 can no longer be considered unforeseeable.

One illustrative example is the case of Barreau du Québec (Assistant Syndic) v. Bellemare, in which the syndic accused the respondent lawyer of negligence in his dealings and communications with one of his clients.2 The syndic accused the respondent of having done nothing with respect to his client’s file over a specific period, which began months before the respondent was stricken from the roll of the Bar of Quebec. The respondent argued, however, that being stricken constituted a force majeure that effectively terminated the service contract with his client. The Disciplinary Council rejected this defence on the ground that the respondent’s striking from the roll was foreseeable because it was caused by the lawyer’s own failure to pay his professional membership fees. However, the Council emphasized that it: considers it important to remember that the defence of “fortuitous event or force majeure” can be invoked when an event occurs that is totally unforeseeable and beyond the control of the person invoking it.3

In Pharmacists (College of) v. Fortin,4 the Disciplinary Council of the College of Pharmacists of Quebec heard a complaint against the respondent pharmacist, who was accused of negligence in the practice of her profession while verifying a prescription, in violation of section 77(1) of the Code of Ethics of Pharmacists. Pharmacists have a professional obligation to verify prescriptions, and this obligation is one of result rather than of conduct or means. Accordingly, for the respondent to be acquitted, she had to prove either the presence of force majeure or some fault on the part of the patient, which made it impossible to fulfill her obligation. Having been unable to demonstrate either force majeure or patient fault, the respondent was found guilty.

In another case, the Disciplinary Council concluded that the respondent’s financial difficulties and marital problems could not constitute force majeure relieving him of his obligation to respect an undertaking to pay certain fees related to a location certificate.5

While there is some openness for professionals to invoke force majeure as a defence, it is clear that limitation of liability clauses are absolutely null, even during the current pandemic.

Several codes of ethics expressly prohibit professionals from excluding or limiting their liability in the practice of their profession.6 For example, section 3.04.01 of the Code of Ethics of Dentists prohibits a dentist from including in a contract for professional services a clause that directly or indirectly excludes, in whole or in part, the dentist’s civil responsibility.7 Likewise, section 21 of the Code of Ethics of Chartered Professional Accountants explicitly prohibits limitation of liability clauses.8 The expression “to limit” in this context has the same meaning as to exempt oneself from or exclude entirely one’s responsibility, which means that professionals cannot exclude their responsibility in part.

In J. William Dufort v. Chagnon, the respondent lawyer was found guilty of requiring individuals wishing to retain his services to sign a form entitled “Mandate and retainer agreement”, thereby giving his profession a profit-seeking and commercial character.9 The agreement stipulated that if the client withdrew the mandate, the lawyer would not be held responsible, directly or indirectly, for the consequences. The Disciplinary Council, in this case, stated that a lawyer cannot exclude his civil liability to his client nor attempt to do so.

Moreover, even if the member’s code of ethics does not contain an express prohibition against limiting or excluding one’s civil responsibility, such an act could fall within the scope of section 59.2 of the Professional Code, which prohibits the commission of an act derogatory to the honour or dignity of one’s profession.10

In light of the foregoing, it is clear that professionals who choose to provide services during the pandemic are fully responsible for meeting their professional and ethical obligations and cannot exclude or limit their responsibility, even in extraordinary circumstances.

Despite this unprecedented situation, professionals must keep in mind that the protection of the public is the primary objective of professional orders, and remains so even during the COVID-19 crisis. Thus, professionals must continue to maintain the highest ethical standards. Otherwise, they could find themselves facing a disciplinary complaint. 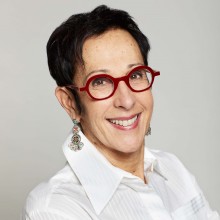 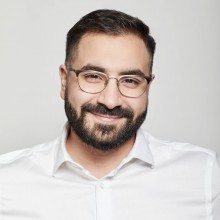