Home > Publications > Articles > The First Regulations Under the Zero-Emission Vehicles Act Are About to Come into Force!

The First Regulations Under the Zero-Emission Vehicles Act Are About to Come into Force!

The first implementing regulations for the Act to increase the number of zero-emission motor vehicles in Québec in order to reduce greenhouse gas and other pollutant emissions (S.Q. 2016, c. 23) (the “ZEV Act”) were recently published in the Quebec’s Official Gazette.

The government will be entitled to enact, as of August 21, 2017, the Regulation respecting the application of the Act to increase the number of zero-emission motor vehicles in Québec in order to reduce greenhouse gas and other pollutant emissions (the “ZEV Regulation”) and the Regulation respecting the limit on the number of credits that may be used by a motor vehicle manufacturer and the confidentiality of some information (the “Credit Limitation Regulation”) (collectively, the “Regulations”).

These regulations are intended to clarify several aspects of the ZEV Act and Quebec’s electric-vehicle credits program, which create obligations for automobile manufacturers in connection with the sale of electric vehicles. Such obligations include the accumulation of credits for sales and leases of vehicles, the carrying forward of such credits, charges that must be paid to the Minister of Sustainable Development, the Environment and the Fight against Climate Change (the “Minister”) and other obligations towards the Minister in the event of a failure to reach the sale and lease thresholds specified in the Regulations.

I. The ZEV Regulation

The ZEV Regulation thus provides for the classification of automobile manufacturers in the following three categories:

This average is obtained by calculating the average number of new motor vehicles sold or leased by the manufacturer in the three model years immediately preceding the model year for which the classification is established.

The category into which a manufacturer falls is a key factor in the degree to which it will be affected by the ZEV Act, as the classification will determine the extent of its obligations. For example, for the purpose of calculating total credits, the thresholds to be reached for each type of vehicle vary according to the classification of the manufacturer, in order to ensure greater diversity of the types of vehicles available to consumers. The calculation method used to determine the amount of the charges payable to the Minister, should a manufacturer not achieve the stipulated minimum credit threshold, is set out in section 29 of the ZEV Regulation.

The ZEV Regulation also includes a mechanism whereby a manufacturer can request a change in category, for example if it sells its business to or merges with another manufacturer. For professionals practicing in the area of mergers and acquisitions, it is important to note that section 11 of the ZEV Regulation provides that in the event of a change in the control of a manufacturer, the Minister must be informed of the change within 30 days.

The Credit Limitation Regulation allows manufacturers to carry forward excess credits accumulated during a given period and apply them towards up to 25% of the credit threshold for a later period. To do so the manufacturer must submit an application to the Minister pursuant to section 8 of the Act. In addition, in order to preserve the confidentiality of sensitive commercial information provided to the Minister for the purposes of applying the ZEV Act, the Regulation provides that certain information provided under section 11 of the Act shall not be made public.

These regulations trigger the coming into force of the ZEV Act, which despite being adopted in 2016 has not yet been applied, pending the adoption of the regulations. Through this statute, the government seeks to achieve its goals of reducing greenhouse gas and other pollutants in Quebec. The Act can be expected to have a significant impact on consumer choices, as it should have the effect of increasing the number and variety of electric vehicles available on the market. The regulations canvassed above indicate the manner in which the government intends to regulate the activities of manufacturers in order to promote greater use of electric vehicles on Quebec’s roads.

As indicated above, the provisions of the regulations are heavily influenced by California legislation and standards in this area. As California is widely considered to be a North American model for the development of electric transport, it will be interesting to see the extent to which future California decisions may influence how the ZEV Act is applied.

However, so far, the regulations offer no solution to counter the negative effects of transactions between manufacturer credits. For example, in California, manufacturers like Tesla have accumulated considerable excess credits. This has created a lucrative resale market and allowed other manufacturers to both avoid paying charges to the State and to reduce their R&D investments in electric technology. 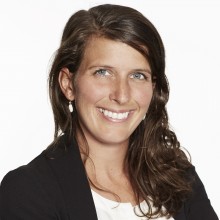