The era when financial institutions were compelled, upon mere receipt of a notice to pay, to remit to the government any amount of money they held on behalf of an insolvent tax debtor, is perhaps over.

In November 2014, the Federal Court of Appeal upheld a decision of the Tax Court of Canada1 allowing the appeal of Caisse Desjardins de Québec (the “Caisse”) of an assessment made against it under subsection 317(3) of the Excise Tax Act.

The Caisse had granted the tax debtor in question a line of credit, from which amounts drawn down were repayable on demand. The Crown, which was owed sales taxes (GST and PST) by the tax debtor, served the Caisse with a written requirement to pay the amounts owing pursuant to subsection 317(3) of the Excise Tax Act.

Despite the requirement to pay, the Caisse refused to remit to the Crown the amounts that it held on behalf of the tax debtor, on the grounds that when it received the written requirement, the amounts that it owed the tax debtor had been cancelled out by legal compensation. The Caisse argued that amounts advanced under the credit agreement were exigible at any time and were not subject to any term or condition for their repayment. Accordingly, the indebtedness of the Caisse towards the tax debtor was cancelled out, through the effect of legal compensation, by a partial repayment of the balance owing under the line of credit.

The key issue in this matter was the exigibility of the amounts in question, which is an essential condition for legal compensation to operate. The Crown maintained that the tax debtor’s indebtedness to the Caisse was not exigible when its written requirement was served on the Caisse, such that the compensation and set-off of the reciprocal debts of the Caisse and the tax debtor could not be set up against it.

The Caisse’s contention that legal compensation had effectively taken place was successful however, and the assessment against it was quashed.

In light of this decision of the Federal Court of Appeal, it can be concluded that legal compensation can be set up against the Crown in respect of a written requirement to pay under the Excise Tax Act (GST). There is little doubt that the rationale under this decision can also be applied to a garnishee who receives a demand for payment from Revenue Quebec on account of the PST or even any other tax debt.

Thus, before complying with a demand for payment from a tax authority, financial institutions would be well advised to first verify whether or not the tax debtor is also indebted to it pursuant to a contract under which the amounts owing are payable on demand. 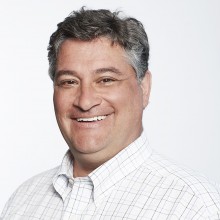