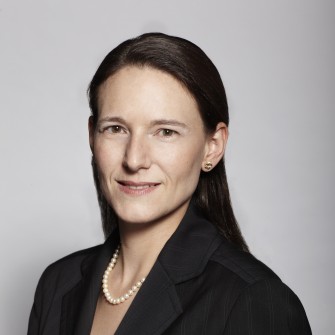 Tina Hobday, a partner since 2001, has developed considerable expertise in the fields of pension plan litigation and governance and has represented pension interests in several high-profile insolvency proceedings.

She also practices in the area of public and administrative law, and has substantial experience in professional and disciplinary law. As an experienced litigator, she represents clients before the civil and federal courts, including statutory appeals before the Federal Court of Appeal, and before administrative tribunals.

She has served as Chair of the Canadian Bar Association’s National Pensions and Benefits Law Section and is currently the Vice-Chair of the Quebec Regional Council of The Association of Canadian Pension Management (ACPM). Tina is also a former practice group leader of the firm’s Montréal litigation group and is currently group leader of the firm’s pensions and benefits law practice group.

Recipient of the James A. Robb Award for Exemplary Volunteer Service to the Law Faculty, McGill University, 2012

Recipient of the “President of the Year Award”, McGill Alumni Association, 2002

2017 – “A look at Quebec’s solvency changes one year on”, interview with Benefits Canada (February 2017)

2012 – “Re White Birch Paper Company: The Quebec Superior Court deals with the applicability in Quebec of the Indalex decision”, For Your Benefit – CBA National Pensions and Benefits Law Section Newsletter (July 2012)

2005 – “The challenges of being an employee and a professional”, De premier ordre (Bulletin of the Certified Human Ressources and Industrial Relations Association of Quebec) (March 2005, Vol. 7, No. 4)

2002 – Discussion Paper for the Canadian Institute of Actuaries entitled “The impact of the Enron/Worldcom collapses on the actuarial profession in Canada” (November 29, 2002)

1991-1992 – Research assistant to Prof. David Stevens, Faculty of Law of McGill University, on the Ontario Law Reform Commission’s “Report on the Law of Charities” (published 1996)

2020 – Moderator, “A retirement plan understood and appreciated by employees: mission possible?”, Québec Regional Council event presented [in French] as part of the RoundTable Broadcast Series of The Association of Canadian Pension Management (ACPM).

2015 – Speaker on recent developments in Quebec (as part of a pan-Canadian panel), Canadian Bar Association webinar entitled “What You Need to Know Now: Pensions and Benefits Case Law and Legislation” (June 18, 2015)

2008 – “How to succeed in the interview process: tips from the pros and traps to be avoided”, Quebec Bar Admissions Course, Quebec Bar (September 11, 2008)

2003 – “Sanctions in Professional Disciplinary Matters”, Conference on Discipline, Ethics and the Regulation of Professions, Infonex (December 10, 2003)

Since 2014 – Member of The Association of Canadian Pension Management (ACPM)

2014 – Governor of the Quebec Bar Foundation

1997-2007 – Member of Student Recruiting Committee, including Head of the Committee and “maître de stage” for a number of years