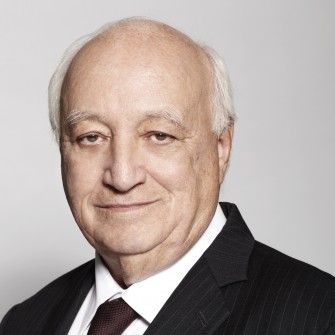 The Honourable Paul-Arthur Gendreau is a member of the litigation group.

He was born on August 19, 1939. He obtained a BA degree from Laval University, Quebec City, and graduated (LL.L.) in 1963 from the Faculty of Law of this University. He was called to the Québec Bar in 1964. As a Commonwealth scholar, he studied at the London School of Economics and Political Science from 1964 to 1965.

He practiced law in Rimouski from 1965 to 1980, first with his father (appointed to the Superior Court in 1967) and then as senior partner in the firm Gendreau Pelletier Gendreau Lavallée Langis & Ass. In 1974-1975, he acted as counsel for the Royal Commission of Inquiry into Union Freedom in the Construction Industry (Cliche Commission). He served as Associate Deputy Minister of Justice for the Province of Quebec (1980-1982). He subsequently practiced law in Quebec City as a partner with Langlois Drouin (now Langlois Lawyers) and later with Clarkson Tétrault (now McCarthy Tétrault).

He also sat as a member of the board of la Commission des services juridiques. In 1979-1980, he was the President of the Barreau du Bas-St-Laurent and a member of the executive committee of the Québec Bar. He is co-author of a treatise on injunctions published in 1998. Since 2000, he has been Administrator for the Province of Quebec in accordance with section 67 of the Constitution Act, 1867. He was appointed to the Court of Appeal on April 16, 1986 and was sworn in on May 6, 1986. He retired from the Court on August 30, 2010 and joined Langlois Lawyers as counsel that autumn.