On June 12, 2018, the Quebec government adopted the Act to amend the Act respecting labour standards and other legislative provisions (“Bill 176”). This legislation seeks primarily to facilitate family-work balance, through a series of measures.

However, Bill 176 also lays the groundwork for increased regulation of personnel placement agencies. It provides that such agencies will have to obtain a licence and that regulations concerning them will be forthcoming. Penal sanctions are to be imposed on enterprises that use the services of an agency not holding a licence. In addition, Bill 176 provides that personnel placement agencies and their client enterprises will henceforth be solidarily liable towards the workers hired by the agency for the pecuniary obligations specified in the Act respecting labour standards (the “Act”) and that such workers are to receive the same wage as the employees of the client enterprise. The legislation indicates that the necessary details for the application of these new provisions will be specified by regulation, pursuant to section 92.7 of the Act.

Accordingly, on April 10, 2019, the government published a draft (in the French language only) of the Regulation respecting personnel placement agencies and recruitment agencies for temporary foreign workers (the “Draft Regulation”) which contains, particularly, the following:

The Draft Regulation is not yet in force. A consultation and comments period on the subject is currently underway. Given the major changes it could bring about, the government has given any interested person the opportunity to make representations until May 25, 2019.

We are involved in making such representations to the government and invite any enterprise affected by personnel placement or other forms of outsourcing that wish to make its comments or concerns known, or to more fully understand the implications of this new regulation on its activities, to contact us. 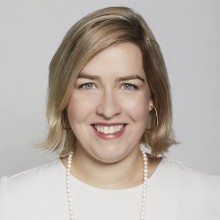