In the wake of the Autorité des marchés financiers’ (“AMF”) institution of proceedings notably against Amaya and its Chief Executive Officer (“CEO”), David Baazov, for alleged insider trading and tipping, a class action was commenced pursuant to section 225.4 of the Québec Securities Act (“QSA”). Petitioners essentially allege that the Respondents made unlawful use of privileged non-public information, issued false and/or misleading statements and failed to disclose material adverse facts about Amaya’s business that artificially inflated the price of Amaya’s stock (“Amaya class action”).

To be authorized, a class action commenced further to the provisions of the QSA must (1) be brought in good faith and (2) show a reasonable possibility of success on the merits. Section 225.4 QSA provides the following:

“225.4 No action for damages may be brought under this division without the prior authorization of the court.

The request for authorization must state the facts giving rise to the action. It must be filed together with the projected statement of claim and be served by bailiff to the parties concerned, with a notice of at least 10 days of the date of presentation.

The court grants authorization if it deems that the action is in good faith and there is a reasonable possibility that it will be resolved in favour of the plaintiff.”

The Supreme Court of Canada established that to meet the evidentiary burden of the second criteria of a reasonable possibility of success, petitioners must offer sufficient and credible evidence in support of their action. As determined by the Supreme Court of Canada, the reasonable possibility criteria under section 225.4 QSA requires a higher threshold than the authorization criteria to institute a class action under the usual rules of Québec civil procedure:

“[39] A case with a reasonable possibility of success requires the claimant to offer both a plausible analysis of the applicable legislative provisions, and some credible evidence in support of the claim. This approach, in my view, best realizes the legislative intent of the screening mechanism: to ensure that cases with little chance of success — and the time and expense they impose — are avoided. I agree with the Court of Appeal, however, that the authorization stage under s. 225.4 should not be treated as a mini-trial. A full analysis of the evidence is unnecessary.  If the goal of the screening mechanism is to prevent costly strike suits and litigation with little chance of success, it follows that the evidentiary requirements should not be so onerous as to essentially replicate the demands of a trial. To impose such a requirement would undermine the objective of the screening mechanism, which is to protect reporting issuers from unsubstantiated strike suits and costly unmeritorious litigation. What is required is sufficient evidence to persuade the court that there is a reasonable possibility that the action will be resolved in the claimant’s favour.”1

Request for communication of documents

In the Amaya class action, the Petitioners presented a pre-authorization motion before the Superior Court to obtain the communication of specific documents from the Respondents (“Motion”). The Motion was heard by the Honourable Babak Barin, JSC. In the Motion, the Petitioners argued that they needed these documents from Amaya prior to the authorization hearing to meet their evidentiary burden and persuade the Court that their claim had a reasonable possibility of success on the merits. They therefore filed a request pursuant to articles 20 and 251 of the Quebec Code of Civil Procedure (“CCP”) to compel disclosure of documents, such as Amaya’s “Disclosure, Confidentiality and Trading Policy” and D&O insurance policies. The relevant CCP articles read as follows:

“20. The parties are duty-bound to co-operate and, in particular, to keep one another informed at all times of the facts and particulars conducive to a fair debate and make sure that relevant evidence is preserved.

They must, among other things, at the time prescribed by this Code or determined in the case protocol, inform one another of the facts on which their contentions are based and of the evidence they intend to produce.

251. A party in possession of real evidence is required, on request, to present it to the other parties or, subject to the conditions agreed with them, to submit it to an expert; the party is also required to preserve, until the end of the trial, the real evidence or, if applicable, a suitable representation that shows its current state.

A third person holding a document relating to a dispute or in possession of real evidence is required, if so ordered by the court, to disclose it, present it to the parties, submit it to an expert or preserve it.”

“[21] To be clear, the issue of whether or not there is credible and sufficient evidence that demonstrates that Petitioners’ claim has a reasonable possibility of success on the merits is not at this juncture before the Court.

[22] What is before the Court and what Petitioners submit it must decide based on the rules of civil procedure applicable in Quebec is whether Petitioners are, at the pre-authorization stage, allowed to obtain disclosure of certain information and documents they claim is needed to unbolt the lock that has been placed on the gate before them.

The Court underlined that the CCP supplements the silence of other laws in the matters it addresses, including the QSA. It also emphasized that the CCP “requires the parties to be open with one another, keep each other informed and exercise their respective rights with the spirit of cooperation [...]”[3] and made reference to articles 221 and 222 CCP which pertain to pre-trial examinations to state that the legislature is “interested in promoting the early search for truth rather than postponing it for procedural or other reasons”4.

Justice Barin highlighted that it would be unfair and unreasonable, in light of the Supreme Court’s requirement that the Petitioners provide credible and sufficient evidence to demonstrate that their claim has a reasonable possibility of success at trial, to prevent them from having a way to gain access to such sufficient and credible evidence:

[50] Even though a class action is a procedural vehicle and not a substantive right, it would be unfair on the one hand to request that a petitioner in a section 225.4 class action, furnish sufficient evidence to satisfy a requirement set out by the Supreme Court but then not permit it to have a justified, reasonable and measured opportunity to do so.

[51] To put it differently, if a lock has been placed on the gate through which a section 225.4 petitioner must pass before being permitted to continue with a class action, then that petitioner must be given a fair opportunity to try and unbolt that lock.

[52] To prevent a petitioner from resorting to such a possibility would not only deprive it of its procedural rights as they are set out in article 221 CCP for example – such a prohibition would certainly confront the specific cooperation direction set tout in article 20 – but it would also deprive the petitioner of its due process and fairness rights.

That being said, the Court highlighted that in its analysis of the Motion, it must ensure that the Petitioners do not conduct a fishing expedition and that the scope of disclosure is limited to avoid harming the interests of third parties, and moreover, to ensure that the conduct of the proceedings is not delayed, complicated or jeopardized by the request for evidence that does not at the preauthorization stage assist in establishing the reasonable possibility of success at trial5. To this end, Justice Barin elaborated a three (3) – step  test that must be satisfied by the Petitioners to obtain disclosure of evidence at the pre-authorization stage. The burden of convincing the Court that these 3 criteria are satisfied relies on the Petitioners:

1)    the evidence sought must exist and must be described/identified with reasonable accuracy;

2)    the evidence sought must be relevant;

3)    the evidence must be necessary on a prima facie basis to permit Petitioners to establish before an “unprejudiced mind seeking the truth” that the claim has a reasonable possibility of success at trial.

In the context of the Motion, the Court found that the disclosure of the requested information not only respected the requirements of co-operation and openness set out in article 20 CCP, but also the considerations of practicality and fairness that are essential for the proper, efficient and cost-effective administration of justice in Québec.

Justice Barin’s findings will have an impact on the conduct of securities class actions commenced under the QSA.

It now provides petitioners with additional means to strengthen their case with information and documents which they do not have at the time of the filing of their motion for authorization of a class action.

It is to be expected that petitioners will invest a great deal of effort to obtain documents prior to authorization to meet the relevant evidentiary burden. Although the Court  highlights in its judgment that the early disclosure of that information may provide the parties with an opportunity to make informed, sensible and pragmatic decisions concerning the conduct of the proceedings, including perhaps the possibility of amicably resolving the matter in question6, it is to be expected that such requests will inevitably lengthen the proceedings and have an impact on the costs of defending against such securities class actions.

One can also expect that this judgment will have an impact on the petitioners’ counsel pre-certification strategy in class actions outside the scope of the QSA. 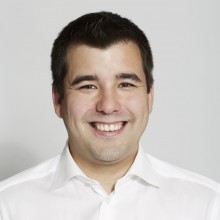