This article first appeared in French in the Spring 2020 edition of the Copropriété Plus magazine.

Are you a real estate developer building condominiums? If so, this article may be of interest to you.

The legal provisions aimed at ending the real estate developer’s control over the syndicate of co-owners are designed to ensure the smooth handover of decision-making power from a building’s developer to its new owners. The developer’s management of the building, which is geared toward construction and sale, is to be replaced by the regular operation of a condominium under the control of its co-owners.

Provisional administration of the syndicate

The role of provisional administrator

Developers who appoint themselves as the first director of a co-ownership must comply with the provisions of the Civil Code of Quebec regarding the management of legal persons2.

Developers acting as provisional administrators of a building must limit their role to the following tasks3:

Combining the role of developer with provisional administration of the syndicate

The Court of Appeal examined whether a conflict of interest exists for real estate developers who also act as provisional administrators of a syndicate4. It deemed that in such a situation, the risk of conflict of interest is high. Despite it being their project, developers cannot position their own interest and/or that of their company ahead of the interest of the building’s co-owners.

Developers must, therefore, act with great caution when concurrently exercising their primary duties alongside those of provisional administrator. They must not take advantage of this “dual function” to further their interests and neglect their duty to the co-owners. When administering someone else’s property, administrators must take particular care to ensure that any work they have had done is adequate under the circumstances.

Electing the new board of directors

The new board of directors’ powers

Within sixty (60) days of its election, the new board of directors may terminate without penalty any contract signed between the provisional administrator and a third party12. This provision allows for the cancellation of agreements concluded at prices considered too high, over too long a period of time or with third parties who are too closely linked to the developer. It should be noted that only contracts with a duration greater than one (1) year are covered by this provision. In the case of contracts concluded for a period of less than one (1) year, even if they are onerous, boards must rely upon the requirements of good faith and legal provisions concerning civil liability13.

Bill 16: An Act mainly to regulate building inspections and divided co-ownership, to replace the name and improve the rules of operation of the Régie du logement and to amend the Act respecting the Société d’habitation du Québec and various legislative provisions concerning municipal affairs14

The amendments to the rules of condominium governance introduced by Bill 16 are of particular relevance to condominium developers15. In addition to requiring developers to transmit to the syndicate the description of the units within thirty (30) days of the special meeting following the developer’s loss of control over the syndicate16, developers must provide the following documents17:

It should be noted that the developer may be liable for any damages caused by a failure to provide this information18.

A developer’s influence over the management of a condominium must be of limited duration. The legal provisions aimed at ending a developer’s control over a syndicate are intended to protect the rights of co-owners if the transfer of powers from the developer occurs too late. It should be noted that these provisions are mandatory and take precedence over any provision in the declaration of co-ownership19.

The authors would like to thank Raphaëlle Renzo-Gaudet, articling student, for her contribution to the drafting of this article.

1 s. 1038 C.C.Q. states that divided co-ownership of a building is established by the publication of a declaration according to which ownership of the building is divided into fractions belonging to one or more persons. The initial declaration of co-ownership may be published as soon as the lots are registered and the division of the building in the land register has been completed.
2 ss. 321 to 330, 335 et seq. and 1039 C.C.Q.
3 Michel PARADIS, Copropriété divise: l’importance de la prise de contrôle du syndicat par les nouveaux copropriétaires (French only), in Service de la formation permanente, Barreau du Québec, 2008, Vol. 288, pp. 216-218.
4 Syndicat de copropriété de Villa du Golf v. Leclerc, 2015 QCCA 366.
5 s. 1093 C.C.Q.
6 s. 1104 C.C.Q.
7 Ministère de la Justice, Commentaires du ministre de la Justice – Le Code civil du Québec, Vol. 1 (Québec City: Les Publications du Québec, 1993).
8 Supra note 6.
9 Supra note 6.
10 s. 1087 C.C.Q. This section specifies that “The notice calling the annual general meeting of the co-owners shall be accompanied, in addition to the balance sheet, by the income statement for the preceding financial period, the statement of debts and claims, the budget forecast, any draft amendment to the declaration of co-ownership and a note on the essential terms and conditions of any proposed contract or planned work.”
11 s. 1105 C.C.Q.
12 s. 1107 C.C.Q.
13 Pierre-G. CHAMPAGNE and Yves JOLICOEUR, Le promoteur, la perte de contrôle et l’interprétation des articles 1092 et 1093 C.c.Q. (French only), in Service de la formation continue, Barreau du Québec, (Cowansville: Éditions Yvon Blais, 2003).
14 The bill was passed on December 5, 2019 and given assent on December 11, 2019. The act came into force on January 10, 2020, with the exception of certain provisions.
15 ss. 35, 54, 65, 66, 156 of An Act mainly to regulate building inspections and divided co-ownership, to replace the name and improve the rules of operation of the Régie du logement and to amend the Act respecting the Société d’habitation du Québec and various legislative provisions concerning municipal affairs (“Bill 16″).
16 s. 1106.1 C.C.Q. Law 16 came into force on January 10, 2020. However, the effective date of the amendments to s. 1106.1 C.C.Q. is linked to the effective date of the regulations adopted under the relevant provisions of Law 16, with the exception of the delivery of plans and specifications, which also came into force on January 10, 2020. The requirement to provide a description of the units will come into force on June 13, 2020, for condominiums created before June 18, 2018.
17 Law 16, Section 60.
18 Ibid.
19 André M. BENOIT and Marie TRUDEL, Manuel de gestion d’un syndicat de copropriété divise au Québec (French only), (Montréal: Wilson & Lafleur, 2009). 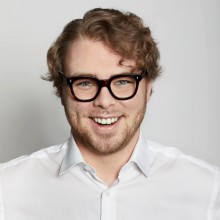