Christmas Parties: the Obligations of Employers and Employees

An employee, having had one drink too many, harasses one of his or her co-workers. Another employee, an enthusiastic dancer, slips and hits his/her head on the corner of a table, resulting in a concussion. Two other employees, who don’t particularly care for each other, come to blows.

While these occurrences are neither expected nor sought by employers when organizing the traditional company Christmas party, they are definitely possible. So what are the obligations of employers and employees in such situations? Are they lessened, or even obviated, where the event takes place outside the normal working hours and workplace?

Before reviewing the law applicable to work-related accidents, sexual harassment, violence and serving alcohol, it is worth revisiting the general principles applicable at all times to both employers and employees.

With respect to the obligations of employers, it should be emphasized that they have the constant duty to protect the health, safety and dignity of their employees1. As regards employees, they remain subject to the various company policies that apply to them. It should also be borne in mind that an employee in such situations is at risk of incurring both civil and criminal liability, for example when driving under the influence of alcohol.

Accidents that happen at a Christmas party or while preparing for one are not covered by the CSST, Quebec’s occupational health and safety regime.

In the case of Marcel Desjardins v. EMD Construction Inc.2, the employer, a construction company, held its Christmas party at an inn. During preparations for the party, the employer asked one of its employees if he could help the contractor hired to prepare the party move some tables. The employee agreed, but while going outside he fell, tearing an internal collateral ligament. The employee subsequently filed a CSST claim.

Sexual harassment is prohibited, whether or not the Christmas party is held at the workplace during normal working hours. Even outside of the normal context for performing their work, employees remain subject to the harassment policy in effect within the organization. Some employers have begun to remind their employees of that fact well in advance of the Christmas party, in order to avoid regrettable situations like those described below.

In the case of Pelletier et Sécuritas Canada Ltée4, Quebec’s labour relations board examined the alleged sexual harassment of a female employee who was told at the Christmas party by the complainant, a male employee, that she was “pretty” and “sexy”. She, ill at ease, said nothing in reply. Undeterred, the complainant went on to vaunt his “sexual prowess” saying that “men of his age are much better in bed than those in their twenties, because they have more experience5”. Later that evening, on the dance floor, he behaved inappropriately by trying to lift her skirt.

The labour relations board concluded first of all that the complainant’s behaviour constituted sexual harassment in the workplace, which the Supreme Court of Canada has defined as “unwelcome conduct of a sexual nature that detrimentally affects the work environment or leads to adverse job related consequences for the victim of the harassment6”.

The board went on to reiterate that even though the harassment occurred at a Christmas party, it was still prohibited.

In the matter of S.H. and Compagnie A7, the complainant was a waitress at a pub owned by her employer, the respondent company.

The labour relations board concluded that the employer’s conduct constituted “vexatious behaviour” within the meaning of section 81.18 of the Labour Standards Act, as the employer’s behaviour had led to a considerable deterioration in the complainant’s work environment. Moreover, as the perpetrator of the harassment, the employer had most definitely not discharged his obligation to take reasonable action to prevent psychological harassment in the work environment and, if aware of such behaviour, to put a stop to it.

Physical violence at a Christmas party can have consequences not only at the criminal level but also on the level of the employer-employee relationship, for an employee remains in the employer’s employ during the latter’s Christmas party and consequently can incur disciplinary sanctions for his or her actions at that event.

In the case of Nettoyage de drains A Ducharme (2000) inc. et Syndicat national des travailleuses et travailleurs de l’environnement (F.E.E.S.P. – C.S.N.)8, the complainant and his wife were about to leave the Christmas party when the latter made disparaging comments about how the party had been organized. Angered by her words, one of the employer’s management personnel then shoved her. The complainant, coming to his wife’s rescue, intervened by grasping the manager by the collar for some 30 seconds and then shoving him onto a pool table. Moments later the complainant threw his beeper at his foreman as he was coming to intervene in the altercation between the complainant and the manager.

In reducing the (complainant’s) disciplinary sanction of dismissal to a nine-month suspension, the tribunal took several factors into account, including the complainant’s unblemished disciplinary record. The tribunal stressed however that violence has no place in the work environment and that this principle applies equally to festive occasions hosted by the employer: during such events the employee retains his or her status as an employee, such that any violence on the latter’s part is subject to disciplinary measures.

In another matter, Association internationale des machinistes et des travailleurs et travailleuses de l’aérospatiale, district 140, section locale 2309 et Servisair (Avo Minassian)9, an employee was disciplined for having yelled and thrown a chair because a staff member of the restaurant where his employer’s Christmas party was being held couldn’t find his coat. The employee apparently threatened to break the staff member’s legs if he didn’t find the coat.

In addition to being uncivilized, threatening people and throwing chairs risks damaging the employer’s10 reputation, the tribunal noted. Again confirming that an employee at a festive social function retains the status of employee, such that any aberrant behaviour is sanctionable, the tribunal concluded that a three-day suspension was reasonable.

Despite the fact that Christmas parties are virtually synonymous with alcohol, employers are nonetheless not exempt from certain obligations in that regard. For example, an employer will be in breach of its general obligation to ensure the health and safety of its employees in the work environment if the employer allows an inebriated employee to drive and the latter is involved in an accident.

However, that obligation is not limitless. In the case of Bédard v. Royer11, one of the employer’s employees borrowed a snowmobile belonging to the employer in order to get to a social function the employer was hosting. During the evening, the employee had consumed several drinks which he had purchased himself and later, under the influence of alcohol, was heading home on the snowmobile when he collided with another snowmobile, injuring a passenger. The Court of Appeal upheld the Superior Court’s decision that the employer was not responsible for the employee’s actions because the latter was at the party in a purely personal capacity unrelated to his employment12. However, the Court of Appeal concluded that the employer was responsible for the damages sustained by the victim because it was the owner of the snowmobile.

Finally, the Supreme Court of Canada has twice pronounced itself on the obligation to prevent an inebriated individual from driving. In Stewart v. Pettie13 and Childs v. Desormeaux14, the country’s highest court made a distinction between a “commercial host” (i.e. a host whose hospitality is commercially motivated) such as an establishment that sells alcohol, and a “social host” such as a friend. A commercial host has both a duty of care towards its customers to ensure that they don’t drive while inebriated, and a duty to protect members of the public, while a social host does not. However, if the latter’s actions heighten the risk incurred by members of the public, he or she could be held responsible. While these decisions are based on Common law and are thus not directly applicable in Quebec, it is possible to infer from them that an employer who organizes a Christmas party should be considered a social host in that no pecuniary benefit accrues to the employer therefrom.

While employers may have no immediate obligations in this regard, it nevertheless remains that it is in their interest to prevent problems likely to be caused by inebriated individuals (degrading or harassing behaviour, fighting, etc.). In order to ensure that alcohol is not an agent of misfortune, some employers have adopted measures such as the following:

In order to avoid unpleasant situations such as those related above, try simply reminding employees of the applicable rules and sanctions, so as to reduce the likelihood of them transgressing the bounds of basic civility. In the same vein, why not take the time to stress the importance of discretion when posting photos or online discussions of the Christmas party on blogs or networking sites like Facebook.

In any event, remember that a Christmas party is first and foremost a time for everybody to enjoy themselves. So… Merry Christmas, and let the party begin! 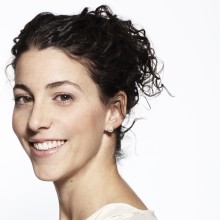