Home > Publications > Articles > Changes in the duty to defend under Quebec insurance law: New regulation passed by the government!

Changes in the duty to defend under Quebec insurance law: New regulation passed by the government!

On May 5, the Regulation respecting categories of insurance contracts and insured parties that may depart from the rules of articles 2500 and 2503 of the Civil Code (the “Regulation”) came into force. This follows the bill1 amending article 2503 C.C.Q., which was assented to on June 7, 2021.

Thus, the Regulation identifies the classes of contracts and insureds that may be exempt from the insurer’s duty to defend and from the rules relating to the exclusion of defence costs from the limits of insurance.

A first draft of the proposed regulation was published on September 8, 2021. The adopted version differs in several respects.

The Regulation sets out the classes and/or criteria for exemptions from article 2500 and the first and second paragraphs of article 2503 C.C.Q.

The insured who, at the time of the subscription of a civil liability insurance contract, meets one of the following conditions may be exempt from these requirements:

Second, an insured who does not meet any of the above conditions may also be exempt from the rules of articles 2500 and 2503 C.C.Q. where the total coverage of all liability insurance contracts that the insured has taken out is at least $5,000,000 and it corresponds to one of the following categories at the time of subscription:

It goes without saying that these sections of the Regulation have not yet been interpreted by the courts. The underwriters of such insurance policies will have to adjust accordingly. In doing so, it will be interesting to see the various guarantees offered over the years for this type of liability insurance contract. However, one condition is strict: the Regulation provides that such contracts may not have a duration longer than one year. In the event of renewal, the insured must, at the time of renewal, fulfil the conditions laid down in these sections as applicable12.

An exception to sections 1(3) and 2(4) is also provided for in section 4 of the Regulation. Indeed, a corporate director, officer or trustee cannot be exempt from articles 2500 and 2503 if they also carry out activities as a member of a pension committee.

Finally, the Regulation states that when the law imposes a minimum amount of civil liability coverage, it must first be applied to the payment of injured third parties before any other payment13. In this clause, we understand that the legislature wants to ensure that insurance policies that include the amount of defence costs within the limit of insurance will not deviate from certain minimum standards as to the amount of insurance.

This legislative change is in line with the demand in the Québec insurance market compared to the common law provinces. We also note that the categories of insureds and insurance contracts that may depart from articles 2500 and 2503 are rather targeted, so that only a few companies will be able to benefit from them.

The authors would also like to thank Mr. William Bourgault, an articling student, who participated in the research for the writing of the article. 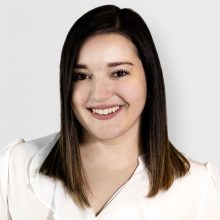