In November 2017, Health Canada published a consultation paper entitled Proposed Approach to the Regulation of Cannabis. This initiative is pursuant to the federal government’s intention to have its draft bill legalizing recreational marijuana adopted by July 2018. In order to meet that timetable, Health Canada must publish final regulations in the Canada Gazette as soon as possible following Royal Assent to the bill. In practice this means that draft regulations will not be pre-published for comment; instead the public and interested stakeholders are invited to provide comments on this consultation paper to Health Canada.

The granting of licences and permits allows the government to establish the parameters for the operation of a legal cannabis industry. The federal Department of Health, through the agency of Health Canada, will be the body responsible for issuing licences for the cultivation and processing of cannabis. The provincial governments will have the ability to establish the legislative framework for the distribution and retail sale of cannabis. It will be interesting to see the approaches taken by the various provinces. In Quebec, for example, while the provincial government has tabled a draft bill to establish the framework for the distribution and sale of recreational cannabis in the province, it does not seem interested in having the responsibility to grant licences in Quebec and appears to prefer that Health Canada manage this particular regulatory aspect.

The proposed framework covers the categories of products whose sale will be permitted by a licensee when the federal legislation comes into force, namely dried cannabis, fresh cannabis, cannabis oil, seeds and plants. Derivative products such as edibles, concentrates and resins will be the subject of subsequent consultations by Health Canada.

Health Canada has categorized the proposed licences into three broad groupings, namely cultivation, processing and sale to the public. Four types of cultivation are envisaged, i.e. standard, which would authorize the large-scale growing of cannabis plants, micro-cultivation, the growing of industrial hemp, and the operation of a plant nursery.

The regulations are also to provide for the issuance of authorizations for additional activities, including research and analytical testing. A combination of these activities could also be authorized pursuant to a single application to Health Canada.

Finally, the proposed regulatory framework aims to ease or modernize certain security obligations that have proven to be ineffective over time. As the legal framework for medicinal cannabis has been in place for several years now, Health Canada has developed some expertise in this area and appears to be taking advantage of the reform now underway to optimize the effectiveness of the security requirements imposed on cannabis producers. These changes target, for example, storage, surveillance of production facilities, and security clearances for key employees.

While the aspects of the proposed regulations canvassed above are subject to change between now and the adoption of the federal legislation, they depict an interesting portrait and indicate fairly clearly the direction in which Health Canada is heading. 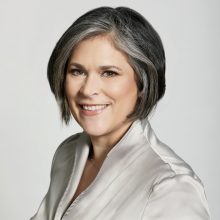